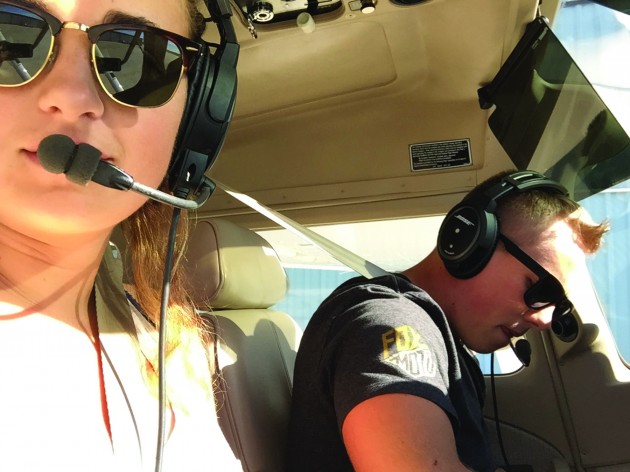 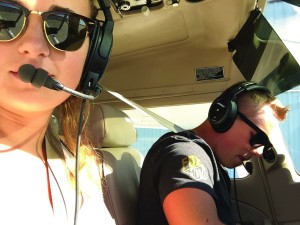 Parker Rusack ‘15 has been interested in flying ever since his dad got his pilot’s license and flew him and his family around during Rusack’s childhood.

Additionally, Parker expressed that a big part of his life growing up has been centered around flying to Catalina Island. Since he recently got his pilot’s license, this has been made much easier.

Getting your pilot’s license starts with tasks such as talking to air traffic control, studying weather patterns and learning VFR (visual flight rules).

You must take a written test that covers all fundamental aviation knowledge.

After passing the written test, completing forty hours of flight time, ten of those by yourself and 30 with an instructor, and fulfilling all the requirements, you must demonstrate to an examiner your competence of flying in a “check ride” in order to get your license.

“The process of getting your license definitely takes commitment. I started working on my license in June, and, after going to the airport almost every day from June to September, I thought that it would be over. I finally took my check ride after 65 hours of flight time and passed,” said Rusack.

Rusack has spent any free time he has had in recent months at the airport and flying in the sky. However, he does not think he will fly for a career in the military.

On top of the nine years of his life Rusack would have to commit to fly in the military when he would prefer to be working on building a career in business, “I would never devote myself to that kind of program unless I knew I would get to fly planes that can break the sound barrier.”

The only potential he sees for himself flying for more than recreational purposes would be in the Air National Guard.

Similarly to Rusack, Libby Hasse ‘15 also became interested in flying due to her family’s connection to aviation. Libby started flying last summer not only because she had the time, but also because she had reached the minimum age at which someone is allowed to fly an aircraft—16.

“I started flying not only because I love it, but [because] I also want to make a career out of it,” Hasse said.

Hasse has completed all of her requirements to take the written test and check ride, but due to school and college applications, getting her license will have to wait a little bit longer. She is confident all of the hard work going in to getting her license will only make her appreciate it more. Her goal is to fly fighter jets after attending the Air Force Academy.

“I love flying because of how unique it is—it puts you in a very limited group of people and makes you appreciate what the average person wouldn’t. There really is nothing like it. Not only can you go wherever whenever, but the feeling you get when you first lift off the ground is like nothing else. It’s almost impossible to not smile.”