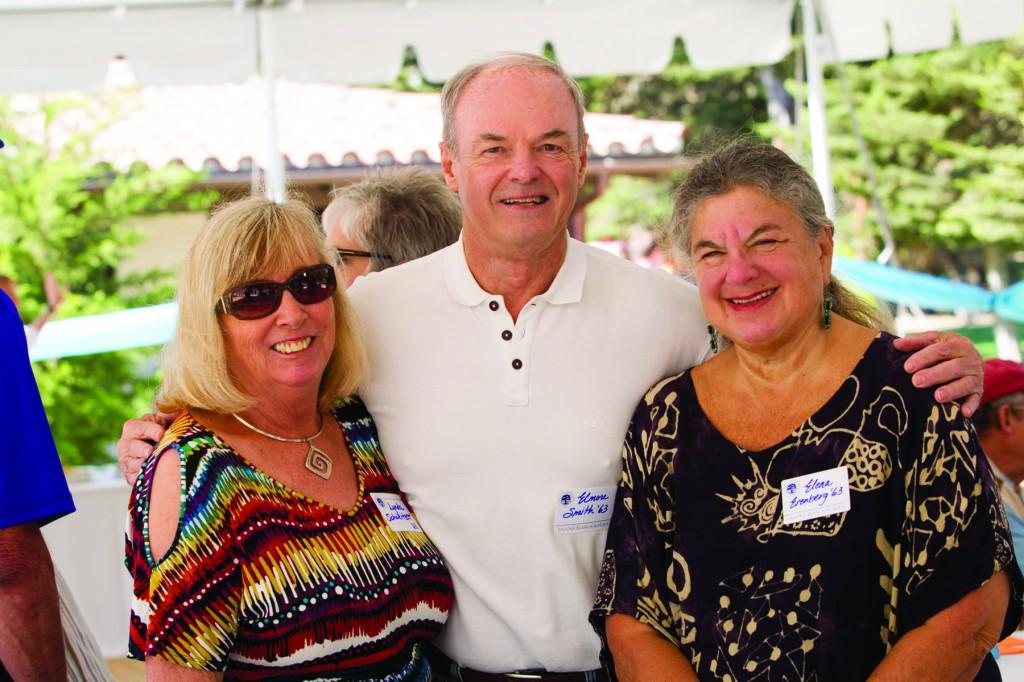 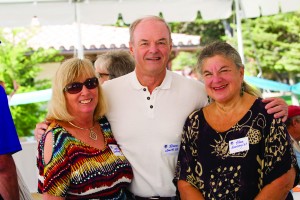 Because of the School’s monumental 80th anniversary, this homecoming was eventful and exciting. The weekend kicked off with the Peter “Ace” Angeloff Golf Classic, held at Sandpiper Golf Club, in which students, faculty, and alums participated. The first-ever school-wide pep rally, planned by the Upper School leadership class, came next led by alum and librarian Mr. Blake Dorfman. The pep rally was the perfect start to the weekend’s festivities complete with a watermelon eating contest and games in which Upper School students were encouraged to play with Middle and Lower School students. On Saturday, Laguna hosted the Grand Class Luncheon, honoring all the members of its Grand Class–those who graduated between 1937 and 1963. The Laguna Blanca 80th birthday party followed, after both football and volleyball wins for Laguna. The birthday party was a huge success, attracting many current families as well as alumni. Highlights of the event include a whopping 80 candles on the grand Rubik’s Cube cake. “The whimsical Rubik’s cube birthday cake was inspired by the event’s Totally Awesome at 80 theme. What a fun way to wish our school a Happy 80th Birthday,” Tara Broucqsault, Director of Communications said. “It was a wonderful community event as we welcomed back 300 people from our alumni community, including former faculty members Sue Burke, Harry Sims, Richard Downey, Yates Satterlee and Jack Adams, to name a few. Tony Guntermann from the class of 1937 was the oldest alumnus in attendance. It was an extra exciting day for Elena Siff Erenberg from the class of 1963 who had not been back to campus since her graduation day fifty years ago. We were also thrilled to see so many alumni with their young children in attendance. There was something for everyone— even the youngest of guests. Children enjoyed sweets and treats from a Candy Buffet created by alumna Holly Bishop Thrasher ’87, as well as the new Kids’ Zone which included arts and crafts, a movie, and games on the field. Alumnus Ryan Emmons ’08 had his bottled Waiakea Hawaiian Volcanic Water on hand to quench everyone’s thirst, and wine was provided by alumni vintners Fred Brander ’68, Dan Gainey ’81, and the Conway family,” said Marcy Jacobs, Director of Alumni Relations.