The Origin of Antisemitism

One of the world’s oldest forms of discrimination is unique—not because of who it targets, but because it never ceases. 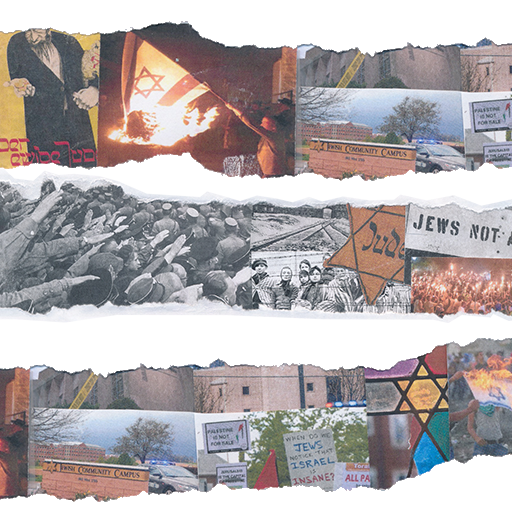 With regard to the many anti-semitic events within the past few decades, they are by no means a new societal issue but an evolved continuation of a particular type of bigotry that has plagued the world for thousands of years.

The bigotry concentrated on Jewish communities throughout history can be attributed to the constantly changing situation in their global position. And to understand the origin of antisemitism and why this particular bigotry is so different from any other, it is crucial to evaluate its context.

According to a lecture given by Lafayette College professor Robert Weiner in 2012, concerning the climax of anti-semitic action being the Holocaust, “Jewish-Christian relations are critical from year 0 through 1900 because comprehending how the Holocaust happened is impossible without first understanding the near 2000 years it took to develop.”

Antisemitism can be traced as far back as the Dionysian Era (before Christ) in the Greek and Roman world; there was much animus toward Jewish groups due to their unwillingness to worship Roman gods and emperors because of their monotheistic values.

Following the branching of Christianity from Judaism 700 C.E., frustrated Christian radicals blamed the death of Christ on the Jews who were unwilling to embrace the new testament. This false belief would set the stage for Jews being resented in a then Catholically embraced Europe.

As the Catholic Church gained influence over the world in the Middle ages, Catholicism was so strong as to influence European monarchical rule and configure a continental economic pyramid social structure, which later became known as the feudal system.

But because the feudal system relied on oaths of Catholic loyalty to ensure stability, Jews were wholly excluded from almost all social and economic activity in an attempt to preserve their culture and values. And as Christianity continued to manifest itself in Europe, Jews began losing rights to property, unionization, and even the practice of their religion.

According to the Anti-Defamation League’s National Director of Antisemitism Programs, Vlad Khaykin, because of this, it became evident that “antisemitism is not just an interpersonal prejudice that lives in the hearts and minds of human beings, but from this point on, one that embeds itself within the systems, structures, and institutions of our society, its cultural norms, social dynamics, the very fabric of our civilization,” Khaykin said.

Despite this societal rejection, Jews “created their own way of living by lending out money which led them to pioneer early banking along with pursuing small crafts,” Weiner said.

Apart from this, there are countless other instances in which this group showed perseverance through times of oppression and discrimination that continued centuries to come.

In short, according to Weiner, due to Zionism not yet being a widespread idea and Jews still being a diasporic people, they were removed and re-accepted from European nations repeatedly as the prevalence of Christianity in Europe fluctuated during the Protestant Reformation.

Though at times Jews would be considered equal by law in a given country, “anti-Jewish stereotypes remained in the masses,” Weiner said. “Thus, stereotypes stay regardless of there being equality.” By the 19th century, According to Weiner, Jews were more urbanized and prototypical because of their high literacy ability and financial experience. “They modernized faster than any other ethnic group wherever they went,” Weiner said.

“They dominated urban economic life in Europe because they were willing to take more risks after being kept out of everything.” Consequently, most Jews were either middle to upper class or immensely wealthy.

From this elevated status came the rise of many modern Jewish stereotypes. According to Khaykin, what makes modern antisemitism unique is that “unlike other bigotries which treat their targets as inferior, antisemitism treats Jews both as inferior and as incredibly powerful—able to control banking, global media, even the weather.”

On account of this, “modern racial theorists re-stereotype Jews as disloyal, greedy, and sneaky,” Weiner said. And because Jewish communities (until the past century) had no official state to reside in, they were forced to endure all sorts of oppression abroad and disperse throughout the world.

“Although diaspora has certainly weakened Jews in terms of being targets for violence and discriminatory laws from the state, being a minority means that there is a stronger bond between members of that group. Being a common target for violence has unified Jewish people in many ways,” said Social Science Department Chair Kevin Shertzer.

With regard to Jewish communities, “viewpoints and stereotypes, positive and negative, get passed down generation to generation and stick with people forever. People who make fun of Jews often don’t even understand what a Jew is,” Shertzer said.

Such false stereotypes of Jewish culture also exist in the Laguna community. “I have heard anti-semitic jokes that usually involve Jewish stereotypes, but none seemed to be ill-willed or targeted. Though they were meant to be playful, they were still said,” freshman Ethan Somer said.

Furthermore, “Antisemitism is not merely a form of prejudice, it often manifests as a conspiracy theory. Think of it as a kind of lens through which human beings view the phenomena of this world to make sense of it,” Khaykin said. “Antisemitism takes what are often complex, abstract, or systemic problems with the world and personifies them as the Jew. ”

However, according to Shertzer, “The greatest thing that eliminates negative stereotypes and heals people is being in direct contact with people from different backgrounds. That will break down walls. It’s people on the ground recognizing that the other side is people too. It’s humanizing them and creating friendships and a moment where they can actually see each other’s humanity.”

Fortunately, efforts are beginning to use this approach in combating conspiracy and stereotypes.

“It was only after I was part of this [Jewish] community that I realized how destructive hate is. Antisemitism is rooted in ignorance and fear…There is no room for antisemitism in this world,” Edelman said. “It’s hard to see the challenges a community faces when you’re not part of it.”

Edelman proposed a solution that involved mutual learning of each other’s backgrounds: “To that end, DeSean, let’s do a deal: How about we go to D.C. and I take you to the Holocaust Museum, and then you take me to the Museum of African American History and Culture.”

Nonetheless, anti-semitic sentiment can go to great lengths. As Khaykin said, “These events sadly clarify how biased attitudes can lead to violence.

Antisemitism is not just a Jewish problem, but a broader social problem, as we have seen with similar violence against other marginalized communities. We can never let antisemitism be underestimated; Human beings die, but ideas last forever.”