Is the SAT Outdated?

As institutions across the country eliminate standardized testing from their applications, the significance of the SAT is under question 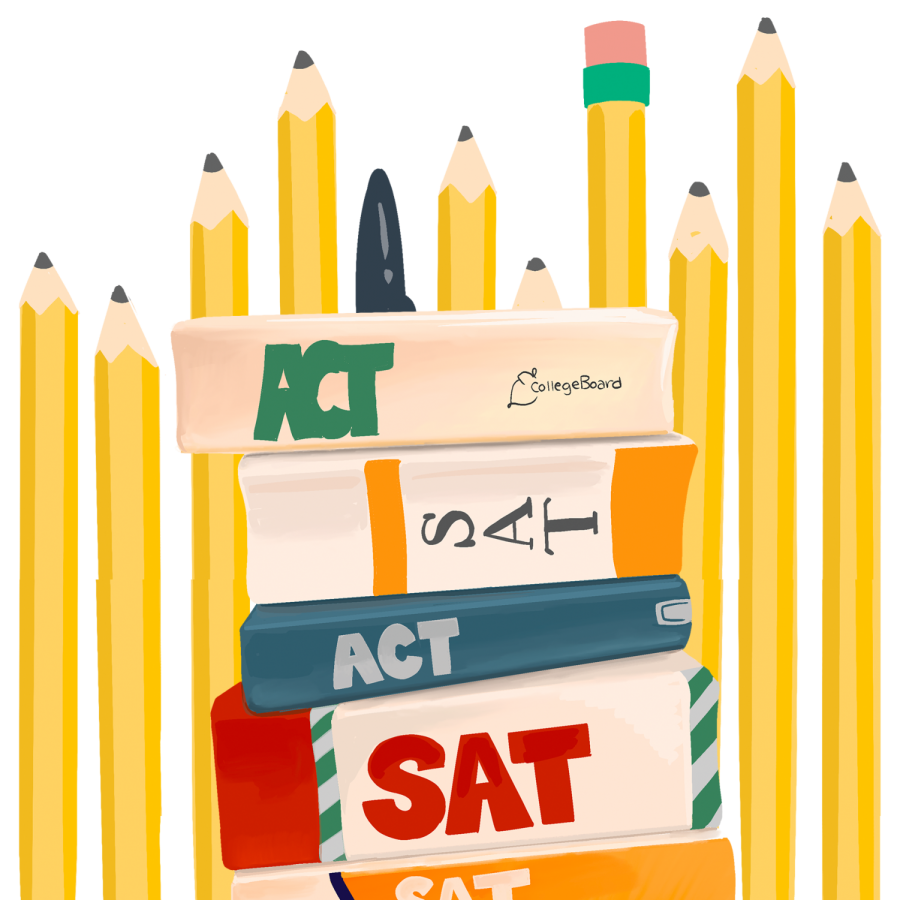 What is the point of using the SAT? And why do we students still take it? Until recently, standardized testing, specifically the Scholastic Aptitude Test (SAT), held a significant influence in the college admission process.

However, even before the pan demic, experts were beginning to question whether this method of academic evaluation is outdated.

The utilization of standardized tests first emerged in the midst of the First World War as a means both for the National Education Association to evaluate U.S. college applicants, and for the military to assess enlisted recruits.

By the end of the Second World War, the SAT was commonly used by college admission offices around the country.

However, in an era of pandemics, political polarization, and momentous social change, today’s nation drastically contrasts from the United States that existed nearly a century ago. Now, with a far more economically diversified demographic As institutions across the country eliminate standardized testing from their applications, the significance of the SAT is under question, many academics argue that standardized testing no longer serves as an equitable basis for comparing college applicants.

The pandemic has limited the capacity of testing locations, exacerbated financial inaccessibility of test preparation and tutoring, and created uneven access that students have to schooling in general.

According to local Educational Consultant Kim Skinner, “People with a lot of financial resources have access to private tutoring, courses, and test preparation which statistics show have a demonstrative and measurable impact on their scores.”

Additionally, there are biases of the SAT that, by today’s standards, can be regarded as irrelevant or un necessary.

This would include the “many idiosyncrasies of the formal English language in the 20th and 21st centuries,” Skinner said. “Understanding the difference between ‘affect’ and ‘effect’ can have a significant impact on your grammar score.”

More broadly, it is these specific features of the test that inadvertently disadvantage groups from lower income.

“The idiom that is tested is heavily biased towards people that have grown up in households of higher education. It is often difficult to understand especially if English is not your first language.”

Despite these nuances, the College Board has taken steps toward making the SAT’s material more applicable to the current day.

One example is the replacement of the analogy section for a new writing section that examines the test taker’s ability to write rather than their familiarity with specific terms.

In fact, Director of College Counseling Matt Struckmeyer said, “The SAT does not reflect academic skills, nor in a substantive way either.”

But then the question remains: If an SAT score doesn’t reflect academic performance, then what is its significance? The SAT was designed so that colleges could “gauge applicant’s’ ability,” Struckmeyer said.

Yet on a much deeper level, standardized testing is intended to “provide a more standard comparison to students’ GPAs,” Skinner said, “I imagined that standardized tests have evolved to help establish an alternative baseline to inflated GPAs.”

According to Struckmeyer, there exists a major split in American higher education. Some of the highly selective schools seem to be in favor of standardized testing because they believe it helps them distinguish among the abilities of their top applicants.

Though with the current state of the pandemic, Struckmeyer adds, the general consensus among American colleges and universities is that they will not be accepting the SAT or ACT for admissions in the near future.

“However, my core belief,” said Struckmeyer, “is that the test ought to be something that doing well in school prepares you for. Moreover, I would like to see the test get back to fundamental skills that all kids need to learn anyway.”

As for the long term fate of standardized testing, there is no guarantee; for now, it remains a story that only time will tell.