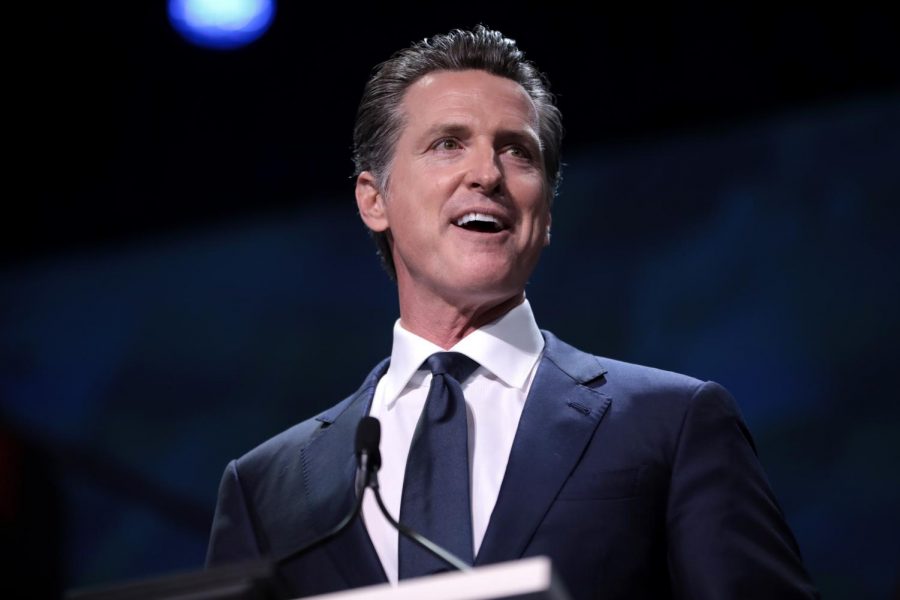 Santa Barbara: Governor Gavin Newsom defeated a tumultuous recall campaign Tuesday as all the major networks called the race for him, affirming that Democrats will maintain their dominance in the Golden state. Newsom-supporting “No” votes led the “Yes” votes by over thirty points and millions of votes as of late Tuesday night.

Through a bruising year-long campaign and election that saw his poll numbers fall days before the election, the 53-year old Democratic incumbent campaigned on his COVID-19 pandemic response and warned that the recall campaign that marshaled against him was a dangerous right-wing effort to take control of California.

In a victory speech Tuesday night, Newsom reiterated his main points, saying that Californians weren’t just voting no on the recall, they were voting “Yes to science, yes to vaccines, [and] yes to ending this pandemic”.

Newsom’s bet paid off, as his political career was saved by millions of Democrats who mobilized to “Stop the Republican Recall,” as Newsom’s aptly named political action committee, which partook in millions of dollars of independent expenditures, stated in dozens of tv ads across the state.

CBS News exit polls showed that 9/10 Democrats supported keeping Newsom on the job, with 6/10 of all women supporting the incumbent and a little over half of men. The electorate appeared similar to 2018, when Newsom soundly defeated his Republican opponent, crushing hopes among California Republicans.

Larry Elder, a Republican radio talk show host and the leading candidate to replace Newsom in recent polls, conceded Tuesday night, stating, “We may have lost the battle, but we are going to win the war.”

Democrats took the recall seriously, with high-profile national figures showing up for Newsom in the last weeks before the election. Senator Elizabeth Warren appeared on millions of Californian’s television screens decrying the Republican power grab. She rallied with Newsom in the previous weeks before the election while Vice President Kamala Harris stumped for Governor Newsom in northern California. Even President Biden himself appeared on Newsom’s behalf, rallying in Los Angeles on the eve of the recall, warning that Donald Trump’s “dark, destructive, divisive politics” would take control of California if the recall succeeded.

Now Newsom faces the challenge of helping California recover from the pandemic and meeting the lofty goals he has set for climate change and economic growth.