Whether coaching a volleyball team or planning each seasons’ sports schedule, Athletic Director Jason Donnelly is always busy. Despite the unusual circumstances due to COVID-19, Donnelly works hard to give athletes the best sports season possible. 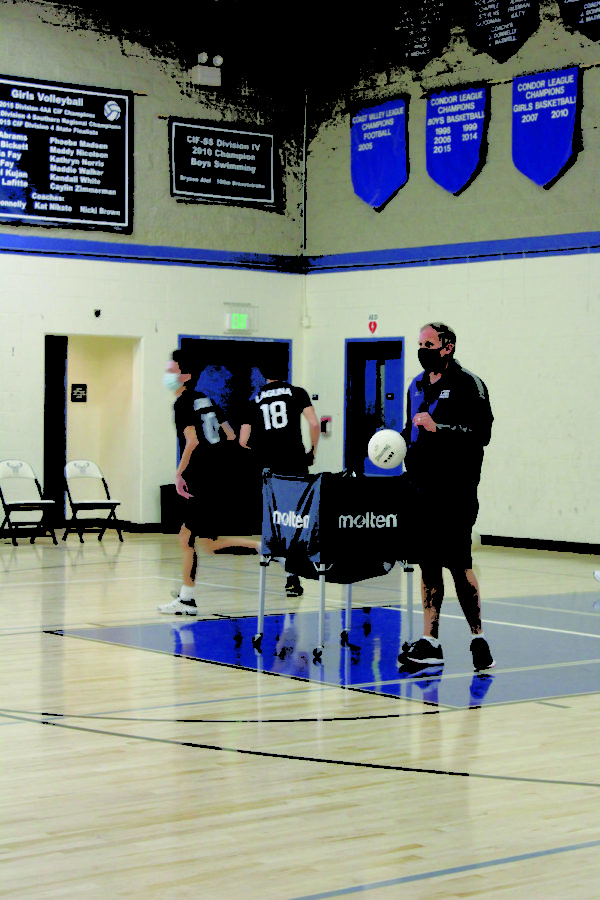 Where were the teams when sports had to be shut down?

We were early in our spring seasons last March when sports officially shut down.  Our boys volleyball and boys tennis teams had a played a handful of matches and were off to a great start.

Our girls sand volleyball team was just about to play their first match of the season when everything stopped.

How did the teams react to the immediate stop?

For our boys volleyball team, in the week prior to the shutdown, we had played three matches and went to a tournament down in LA.

After that Saturday tournament, we practiced on Monday, played a match at Foothill Tech on Tuesday, practiced on Wednesday and that evening was when the NBA shut down, and I knew things were serious.

What types of things as an athletic director did you have to reimagine?

Everything had to be reimagined regarding athletics. There was a lot of waiting around for guidance from the state and county public health departments, not only for the end of the last school year, but for the entire 2020-2021 school year. There was much unknown, and that made it very difficult to plan.

We had schedules ready to go for this year, but they all had to be scrapped once the new dates were announced on July 20th. At that point, we created schedules for the “new” seasons but had to wait to implement them until we were given approval.

What was the inspiration for the after school sports program in September?

When we started the school year remotely, we were able to find a way to get students on campus and working out in a safe, structured environment.

We created the after-school training cohorts so that kids who were interested could come workout with their friends while following all of the protocols put in place. In fact, the 7th-grade group still meets every Tuesday.

How do sports look now?

As we were one of the few campuses in person, at least at the high school level, we had to be very careful in how we did things in order to ensure that we were able to keep our students learning here on campus rather than remotely.

We were able to get many of our teams out there training, and a few were even to compete in a shortened season.

As of today, we haven’t received any updated guidance about next year, but we are planning on it as things will return to much closer to normal.

Schedules are being created for the fall, winter, and spring seasons, and we hope to be able to get going with our fall sports in August.