Dedicated opponents of the governor say “Yes!” But are Californians actually ready to fire him? 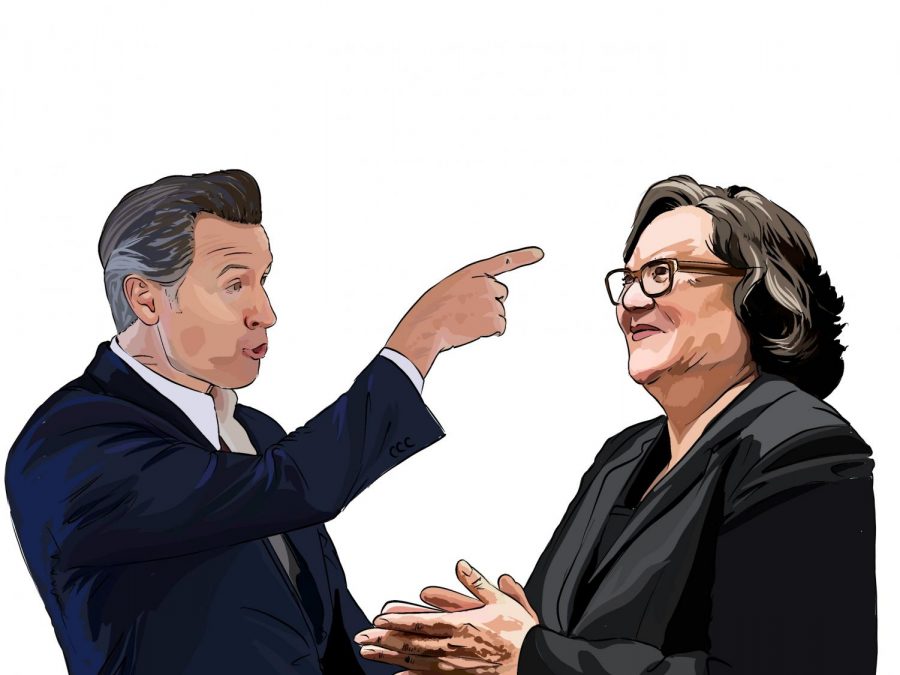 On April 26, 1.6 million signatures on the Recall Gavin Newsom petition were verified by the California Secretary of State.

Within three months, the Secretary of State will schedule a recall election to be held, deciding whether or not Gov. Newsom will keep his job.

In the election, voters will decide whether or not Newsom should be recalled and who should replace him.

If a majority of voters vote for the recall, the state will replace Newsom with the highest-voted replacement.

Spurred by the lockdowns, restrictions, and school closings, a coalition of activists have worked to recall Gov.  Newsom since June 2020.

This wave of anti-restriction sentiment caused Democrats who have supported COVID-19 restrictions and lockdowns to face massive opposition.

In California especially, the blow backs are severe. Small business owners, Republicans and parents whose children have been attending school remotely this past year are up in arms and demanding that the governor lessen restrictions.

In Santa Barbara County, the Recall Gavin Newsom campaign secured 16,487 valid signatures, and there are over 600 members in its Facebook group.

Electorally, the group has yet to make inroads within Newsom’s coalition, partly due to accusations of racism and extremist connections.

We reached out to the recall campaign for comment but did not receive a response.

However, the campaign hasn’t failed, instead finding a dedicated base of supporters who are fighting the uphill battle in convincing others to their cause. In 2018, California voters elected Gov. Newsom with almost 62% of the vote.

Although there have been 55 attempts to recall a California governor, only one succeeded.

The non-partisan polling firm Probolsky Research released a survey that found that about 46% of voters opposed the recall, while another 40% supported it and roughly 20% of voters were undecided or said they would not vote. The poll concludes that the race is in a state of flux.

It’s possible that Newsom could be recalled, but what would happen if he was?

Among Democrats, that is a complicated and divisive question. The governor and his allies oppose any Democrat from running as his replacement. Instead, they argue, Democrats need to close ranks to oppose the recall and protect Newsom.

Some Democrats disagree, claiming that the party must have a backup if the governor fails to defend his job.

Spencer Brandt, the Organizing Director of SB Dems, told the Fourth Estate that “Because of our election system in California, anyone registered as a Democrat can jump in the race and claim the ‘Democratic’ brand; but to do that would be to side with the right-wing extremists behind this recall effort and against making meaningful progress on the issues Democrats care about.”

The last recall election in 2003 had 135 candidates listed on the ballot. The current recall election is expected to have a similar number of wannabe governors running in the jungle election due to the low requirements to become a candidate.

A large swath of names often overwhelms voters, leading to a reliance to party affiliation and name recognition.

In 2003, his advantages on those fronts (being a Republican in the age of backlash against Democrats and having a household name) propelled Arnold Schwarzenegger from Hollywood to the Governor’s mansion.

Ironically enough, a surprisingly similar candidate has now jumped in the race. Caitlyn Jenner, the famous Hollywood reality TV star, announced that she will be running as a Republican in the recall election.

In 2015, Jenner came out as transgender and is a household name across California. Her electoral chances will grow significantly depending on her ability to string together a winning coalition. But she only needs to win a plurality of the vote: something is proven to be easier for a celebrity.

However, the success or failure of recall candidates will be inconsequential if the governor successfully defends himself from the recall.

Newsom won’t fall without a fight. He understands his political future is tied to the pandemic and his approval ratings skyrocketed in the beginning of the pandemic, but as cases rose, his ratings fell.

Now Newsom is betting big on California’s ambitious vaccination program to keep him on solid ground.

Some Democrats have criticized him for being too politically aware and accused him of manipulating numbers so that LA school districts could open prematurely, in order to appease angry parents. The governor denies their accusations and has stated reopenings based on science.

In any case, the governor is ready to fight the recall, and Democrats stand with him.

In a statement, the Santa Barbara Democratic Party said that the recall’s goal is to “disrupt and distract from California’s progress on COVID-19 recovery, equitable mass vaccinations and school re-openings.”

In Santa Barbara County, there will be a reckoning on pandemic policies and politics, regardless of the success of the recall campaign.

Restrictions angered residents, and the recent wave of households moving away from LA’s lockdowns and school closures threatens Democrats in power like Mayor Cathy Murillo, who is up for reelection in 2022.

Santa Barbara has been a democratic stronghold for many election cycles. However, the pandemic has thrown the reliability of anything into question.

California has been a safe Democratic state for decades, and the hyper-partisanship of the Trump era suggests that it is unlikely to see Democrats voting against a Democratic incumbent. Newsom’s approval ratings have been increasing, and as vaccination rates rise, the possibility that California will defeat the pandemic before the recall election occurs is distinctly likely.

However, the split nature of the election poses a challenge for Democrats if Newsom is recalled. No matter what, if the recall is successful, it would flip Santa Barbara and Californian politics upside down.

Even if it fails, however, it shows the reaction of voters to the hardships of COVID-19, and whom they blame.