The Fourth Estate • May 7, 2021 • https://thefourthestate.net/14870/feature/the-potential-ecological-consequences-of-avian-declines/ 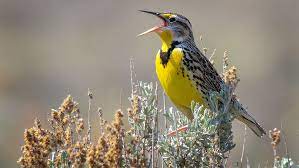 Around the world, birds are in crisis. According to Paul R. Ehrlich from the Center for Conservation Biology, Department of Biological Sciences, Stanford University, “6–14% of all bird species will be extinct, and 7–25% (28–56% on oceanic islands) will be functionally extinct. Important ecosystem processes, particularly decomposition, pollination, and seed dispersal, will likely decline as a result.”

The number of wild birds are declining in North America

The wild bird population in North America is declining. This information revealed to the public is concerning the decline of bird populations across the continent but the matter to be truly distressed over is the trend that has started. While this may seem like a trivial issue in a world consumed with humanitarian and global matters, this threat to the wild bird population will continue to make itself known in the future. It is one of many issues that cannot be overlooked. The decline began in the 1970s, and many bird-studying organizations such as the National Audubon Society and Partners in Flight collected bird counts and with widespread data.

According to a report by Scientific American, many more could have died than what was previously thought. One of the causes of the decline has to do with habitats. Birds have had many fewer options in where to winter, coming from the  Atlantic Coast especially. The most threatened and fastest declining environment are grasslands, the growing advance of agriculture and people looking for homes in empty areas has a heavy effect on birds which are used to flying in open spaces of land and rely on the scattered food sources that these grasslands provide, with any kind of development, surviving becomes more strained. One such example of a not currently threatened species, but that has recently started a pattern of decline, is the Western Meadowlark, which by what its name entails, lives around meadows and plains and requires insects and plants for its food. The decline of birds is in itself a signal of greater declines and extinctions with more consequences.

Why are wild bird numbers being affected?

Populations of wild birds in North America are becoming gaunt, not immediately, but at an indefinite rate that will continue plummeting until no more can be done for the birds. One problem for the birds is pesticides. Not only are pesticides killing insect-eating birds’ primary food source, but plant-eating birds eating crops will be positioned by the pesticide use as well, indirect contact is just enough to cause their small body harm. Agriculture posits more than just a threat, destruction of habitat to make room for plantations and farms. This is not a North American selected problem either, all over the world in rainforests and deciduous forests are being cleared for their lumber and for more room. Birds are losing their habitat, and struggle to reproduce in an environment they are not accustomed to, their numbers will remain held by a thread. The growth of urbanization is similar to the problem of agriculture. Buildings pose an issue, many birds find death by a window,  cars, and truck strikes. These strikes contribute to the decline of bird species in North America. Urbanization can also lead to birds becoming disoriented in migration. Feeding birds bread and other less nutritious foods can lead to birds becoming ill and malnourished.

How the shrinking birds will affect the natural order

Birds fill many roles, to name a few, vultures cleaning up dead and decaying material, hummingbirds aiding in pollination as well as seed-eating birds spreading the next lineage of trees. Many raptors rely on smaller birds as a food source, but many animals of all kingdoms prey on eggs within nests which reduces the number, storms can be strong enough to blow eggs out of a tree and their nest.  Many different types of birds play various roles in how they impact the ecosystem. The article “Ecosystem consequences of bird declines,” published by PNAS, looks at the importance of different birds. Species, such as the southern cassowary Casuarius casuarius and the three-wattled bellbird Procnias tricarunculata have irreplaceable roles in ecosystems despite initial impressions to the contrary. Though the decline of birds is becoming more and more of a problem, there are ways an individual can help alleviate local declines.

How you can help

Having faint dots or stripes added to your windows help considerably with preventing bird strikes. The birds can see it is not an open passage. Another window tactic is raptor silhouettes you can put on your windows that frighten birds away from them. Bird Feeding is helpful. Although it can lead to dangerous behaviors in birds by hand feeding, having a backyard bird feeder can increase the frequency of bird migration and visitation in your area, also helping with reproduction. But things like bread or pasta are not valuable to a bird although they do not know that. Give them seeds, from a grocery store or feed store, both can attract birds. Having more than one feeder also lessens fights between birds. Putting out water for them is also a good idea, they can bathe and drink from it to have the strength to migrate.