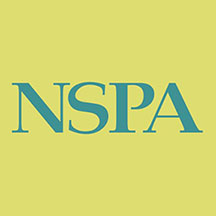 The following students from Laguna Blanca School were honored —

“These outstanding students excel in both the classroom and in their school newsrooms,” associate director Gary Lundgren said. “The future of journalism is bright if these students are any indication.”

In addition to serving for at least two years on a student media staff, in broadcast, newspaper, magazine, online or yearbook, the students have earned a 3.5 or higher grade point average on a 4.0 scale.

All Honor Roll inductees will receive a certificate of recognition and will be listed in the association’s Best of the High School Press, a yearly publication showcasing the winners in the association’s student media competitions. Inductees are also eligible to wear a special honor cord at graduation.

Through education, training and recognition programs, NSPA promotes the standards and ethics of good journalism. Its educational programs, both on-site and virtual, train thousands of student journalists and advisers, and its awards programs include the Pacemaker Award, the nation’s preeminent publication honor. It celebrates 100 years of service in 2022.