The Presidency After Trump

After four years of a president purposely trying to increase his own power, how has the presidency and our democracy as a whole held up? 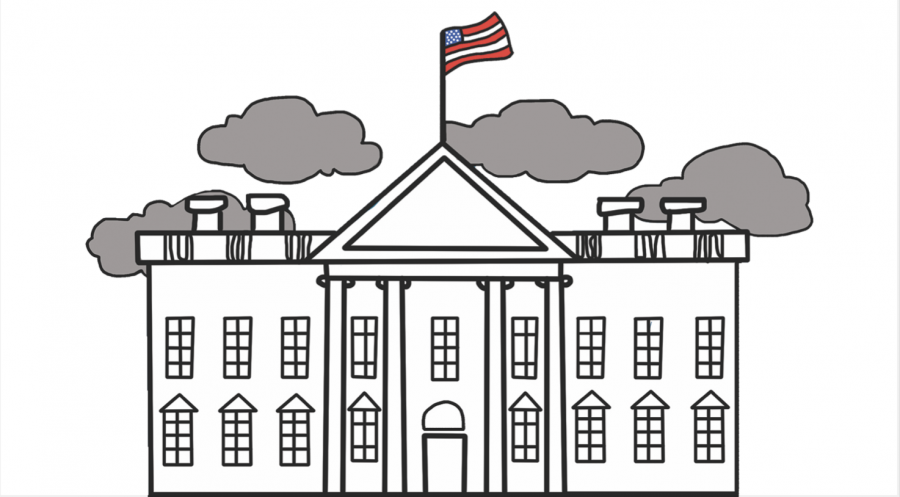 In the last four years, the United States has had a president who praised conspiracy theories and scandalized reputable news sources. Trump also argued to expand the president’s executive power. Instead of uniting the United States, former president Donald Trump incited riots, and in doing so, divided America more than ever. Now that Donald Trump is out of office, what will happen to the presidency?

Historically, the president was a figure of respect. Even when we disagreed with presidents, we respected them. Typically, presidents had long political careers prior to their rise to office. However, after Trump’s presidency, the people’s respect for its government, and the presidency in particular, has plummeted.

Trump started a cycle that may spell doom for the progress of this country. When Trump first came into office, he undid many of the policies that Obama put in place. Trump pulled out of NAFTA, the TPP, the Iran Nuclear Deal and the Paris Climate Agreement. This seems to have become a trend among presidents as Biden has undone many of Trump’s policies and reinstated some of Obama’s. If every time a president comes into office they undo their predecessors’ legislature, change is impossible. No president has ever implemented solely negative policies and undoing everything the previous president does will undo that good policy with the bad.

Trump abused executive power by appointing biased judges to gain more power. He appointed more judges per year than most recent presidents. According to the Pew Research center, Trump appointed 226 judges in his one term including 3 supreme court judges, Neil Gorsuch, Brett Kavanaugh and Amy Coney Barrett. George H.W. Bush appointed 187 in his one term and Obama only appointed 320 in two terms.

Since judges serve for life, Trump may have pushed the ideological balance of the court system and, more importantly, the supreme court for generations. If his policy is successful, progressive reforms, that Trump disagrees with but are popular among the population, may not pass until the judges he appointed retire.

Trump undermined the presidency by praising conspiracy theories. The most notable of these conspiracies was QAnon. QAnons believe that the world is run by devil worshipping pedophiles and that Trump has come to Washington to free the world from them. QAnon rapidly gained power and followers, now even having a congresswoman in the house of representatives, Marjorie Taylor Greene. Trump’s endorsement of QAnon led to the modern reality in which, according to a poll by NPR conducted December, 17% of Americans believe in QAnon.

A functioning democracy cannot exist when under siege by a group of people who are so detached from reality that they believe Satanists run the government. American democracy relies on an informed base of voters who can make accurate choices based on policy. Without education/truth, the politician who can indoctrinate the most voters will win, no matter how corrupt or terrible that politician is.

The United States isn’t necessarily headed for such catastrophe, but, as we approach the possibility, we need to reevaluate our ideals and make sure we can think for ourselves so that we can avoid the possibility. Everyone starts off rational, including conspiracy theorists, so be vigilant to make sure you don’t fall into a similar trap of misinformation.