Biden takes office with a flurry of executive actions focused on curbing the spread of COVID-19, providing economic assistance to families in need and reversing immigration policies. Here’s what he has accomplished. 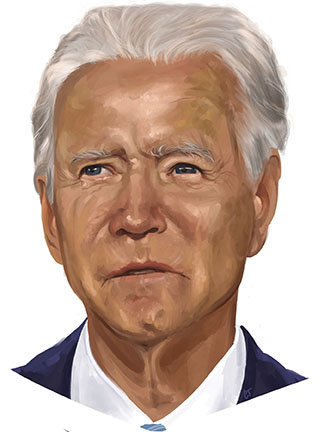 This plan would help struggling Americans recover from the extreme deficits brought by the pandemic and would vaccinate a hopeful 100 million citizens.

He staffed large vaccination centers with members of the military, continued mask mandates and is juggling the process of re-opening schools across the country. The vaccination rate has increased to about one million vaccines distributed per day.

In the past few months, the Moderna, Pfizer and most recently, the Johnson and Johnson vaccines all have been authorized for emergency use, with the goal to vaccinate the majority of Americans by August.

New information indicates that there is now enough vaccines to have every American adult vaccinated by the end of May.

In terms of the environment, Biden made it abundantly clear on the campaign trail and in the weeks before the election that he planned to rejoin the Paris Climate Agreement if elected.

In one of his first acts as president, he issued an executive order returning the U.S. to the Paris Climate Agreement (a global initiative to control climate change that Trump pulled out of four years ago).

An additional plan outlined and restated by the vice president tells us of Biden’s plans to cancel the Keystone Pipeline a major issue highlighted by environmental lobbyists and conservationists.

Most recently, Biden increased the cost of carbon, which will hopefully force more to evaluate the damaging pollution imposed by excess carbon.

Immigration—a topic often touched upon and continuously degraded by former president Donald Trump is another area of focus for the coming months.

Biden made it clear that immigration reform will be a priority while in office for the next four years.

He intends to revisit asylum policies and laws starting with changing the term “illegal alien” to something less dehumanizing, and plans to reverse the benefit guidelines set in place by Trump for illegal immigrants.

Biden introduced a bill into the House of Representatives that will provide immigrants with a clear path to citizenship.

The bill includes more border security, and better funding to immigration courts. He also reverted the immigration test to the easier 2008 version.

Biden’s actions in regard to immigration, including reopening one of Trump’s for-profit migrant camps, put him in the hot-seat with progressive democrats, as he has not yet followed through with campaign promises to decrease funding to ICE.

TIMELINE of the Presidency

Trump supporters storm the Capitol, resulting in 5 deaths and over 150 injured.

Joe Biden and Kamala Harris are officially sworn into office as President and Vice-President, respectively.

The House of Representatives bring Donald Trump’s impeachment charges to the Senate.

The President and First Lady offer a message in a Super Bowl Ad thanking front-line workers and engaging in a moment of silence for the victims of COVID-19.

Biden announces that the U.S. has officially signed with Moderna and Pfizer for an additional 200 million vaccines, in hopes to vaccinate 300 million Americans by July.

On the third anniversary of the Stoneman Douglass shooting, Biden asks Congress for stricter gun-control regulation.

U.S. Citizenship Act of 2021 is introduced. The bill would add funding to immigration courts and increase security around the border.

The U.S. officially rejoins the Paris Climate Accord after former President Donald Trump left it in June of 2017.

Biden approves a bombing in Syria leaving 22 dead after a series of rocket attacks on U.S. targets in Iraq.