Angie Thomas: An Author for Our Time

YA Novelist Rules the Best-Seller List and Now the Classroom 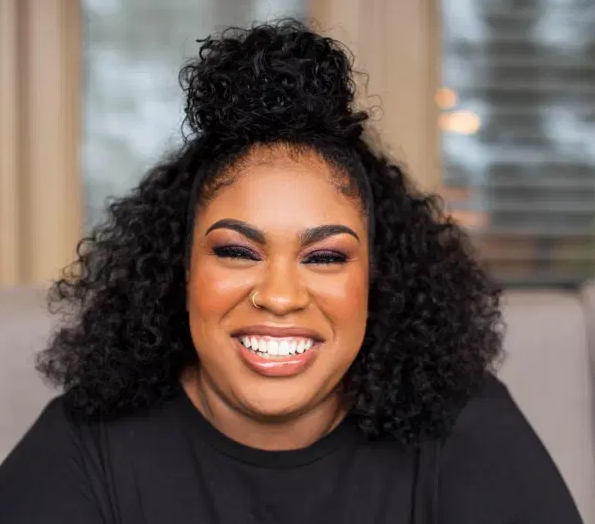 For the Santa Barbara Independent
As we enter 2021, there’s no hotter author anywhere than Angie Thomas. She currently rules the New York Times Hardcover Young Adult list with two revolutionary and relatable novels about Black lives in America in the top five. Her newest, Concrete Rose, occupies the top spot, while The Hate U Give (THUG), which has been on the list for more than 200 weeks, comes in at number four. With THUG in particular, and in part due to the success of the 2018 film adaptation, Thomas is fast approaching a level of popularity more commonly associated with franchises like the Harry Potter series and The Hunger Games.

What makes her books stand apart from these other hugely successful stories are her themes of racial inequality and police brutality— topics that are unfortunately all too familiar from the news. What Thomas has done with THUG, in particular, is make these topics accessible to young adult readers through her appealing protagonist, Starr, a teenage girl torn between the two worlds of her Black neighborhood and the white private school she attends. And it’s not just teens who are taking notice.

All over the country, from Connecticut to the Central Coast, high school and even middle school teachers are reconsidering the readings they require in light of the Black Lives Matter movement and other initiatives toward social justice. Move over, F. Scott Fitzgerald and John Steinbeck! In today’s English classes, an unprecedented number of new books are being recognized as teachable modern masterpieces, and books like THUG and Concrete Rose featuring characters such as Starr and her gang-member-turned-militant father, Maverick, are leading the change. At Laguna Blanca School, 9th grade English teacher Ashley Tidey has been requiring that students read The Hate U Give since 2018. She describes it as a “game-changer,” and adds that while she still includes canonical works such as The Great Gatsby and Of Mice and Men on her 9th grade English syllabus, her drive to explore Thomas’s work with her students has “revolutionized” her teaching of literature. Because the students engage with the text so passionately thanks to its approachable language and engaging storyline, Tidey says that “the days of assigning a one-size-fits-all essay prompt” are gone. Now students are coming up with original essay topics that she has never thought about. What impresses her most is the way that “they, and the book, are charting the journey. Not me.” Their topics include readings of the book that involve examinations of the criminal justice system, code-switching, and fostering change through powerful, Black-led social and political movements.

On the national level, a group organized around the hashtag #DisruptTexts is acting to shift the culture in secondary schools through a “crowdsourced, grassroots effort by teachers for teachers to challenge the traditional canon” and to “create a more inclusive, representative, and equitable language arts curriculum that our students deserve.” As led by such teachers as Tricia Ebarvia and Dr. Kimberly N. Parker, these educators/activists are seizing this moment to make what’s happening in a classroom like Tidey’s into a nationwide phenomenon. #DisruptTexts uses social media so effectively that every day more teachers all over the country are tuning in to their message.

Thomas’s new book, Concrete Rose, takes readers back in time to Los Angeles in the 1990s, when Starr’s dad, Maverick, was struggling with teen fatherhood, gang violence, and finding his place on the street. Maverick’s story enlightens those familiar with Starr’s encounters with gun violence and police brutality by putting her experiences in a larger historical context. Through Maverick’s eyes, we see gang violence up close and personal. Although Concrete Rose may not achieve the same impact on the high school curriculum as THUG due to the way it declines to sugarcoat the harshest realities of street life and its extensive use of curse words, this takes nothing away from Maverick’s incredibly compelling story, which unquestionably deserves to have a turn in the author’s spotlight.

Angie Thomas represents the latest chapter in a literary movement that proudly tells the stories of Black individuals in America and that doesn’t shy away from difficult topics. Her voice is one that millions of young people of all races clearly crave, and she is using it to tell inspiring stories that need to be heard, especially in 2021. By incorporating her novels into their lists of required readings, teachers are rising to the challenge of fostering change for the better in our society through impactful young adult literature.