Does Pineapple Belong on Pizza?

The last few years have been full of political tension and shown how controversial some opinions can be. To get our minds off these serious topics, we surveyed 60 students and interviewed two students to see what lifestyle choices they make daily. 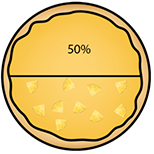 The questions we don’t care to ask can yield the most surprising answers. Things normal to one person may seem insane to another. For example, according to Spoon University, a popular food publication, around 95% of people within their survey said that they pour the milk after the cereal when eating cereal. They found that this majority also viewed the 5% that poured their milk before the cereal with notable disdain.

An equal division is not uncommon in surveys; when asked if water is wet, students responded closely to split again! Senior Max Grotstein explains his view on the subject, “Being wet is something that only happens when a liquid meets air. When a fish is swimming in the ocean, it is not wet, but when it comes out of the water it becomes wet, just like when something “dry” gets exposed to a liquid.” 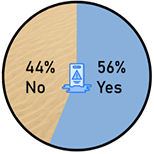 An even closer split occurred when students shared their preference on pickles. 53% reported liking pickles, while 47% reported not liking pickles. The more food-based the question, the more split the respondents were. 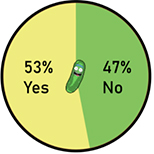 However, not all foods are created equal. When asked if they drink milk by itself, 62% reportedly did not. In the 38% of milk-drinking respondents, Senior Kipling Lee is an avid milk drinker and defended his view saying, “I just like the way it tastes; it’s like drinking orange juice or any other common beverage.” 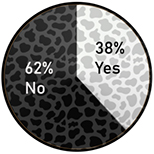 Next, respondents answered whether they prefer to watch movies or shows. With the rise of popular streaming platforms like Netflix and Disney+ and the halt of large movie production in 2020, it was not surprising that, while close, shows beat out movies by 12%. 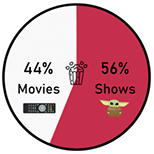 A similar brain teaser question to “Is water wet?” revealed the most drastic difference in respondents’ opinions. The question was, “Does a straw have one or two holes?” While most questions given to the respondents were merely opinion-based, this question stands out. A large majority of respondents said that there is one hole, explaining that if you were to drill a hole through a solid piece of plastic, you would be drilling a hole all the way through and end up with what is equivalent to a straw. However, Senior Finn Walker commented that “if you dig a hole partially through, then it is still a hole because it has an entrance. Since a straw has two openings, it has two holes.” 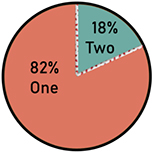 The last question on the survey was: “Do you brush your teeth before or you eat in the morning?” 59.7% of respondents said that they brush their teeth after eating, and 40.3% said that they brush their teeth before. While there are arguments for both, Kathryn Watson, a Healthline writer, wrote, “When you’re looking to protect your tooth enamel, brushing right after you wake up in the morning is better than brushing your teeth after breakfast. If you have to brush your teeth after breakfast, try to wait between 30 and 60 minutes before you brush.” 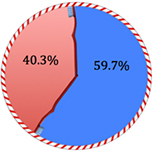 Even though people may not hold the same opinions on lifestyle choices, it is essential to allow others to express themselves fully because our differences make us unique. Progress in any society takes putting differences in trivial matters aside. People don’t need to agree on toppings to split a pizza. There’s enough for everyone.