The Duke and Duchess of Sussex stepped back from a life of royalty, finding solace in a small nook on the West Coast. 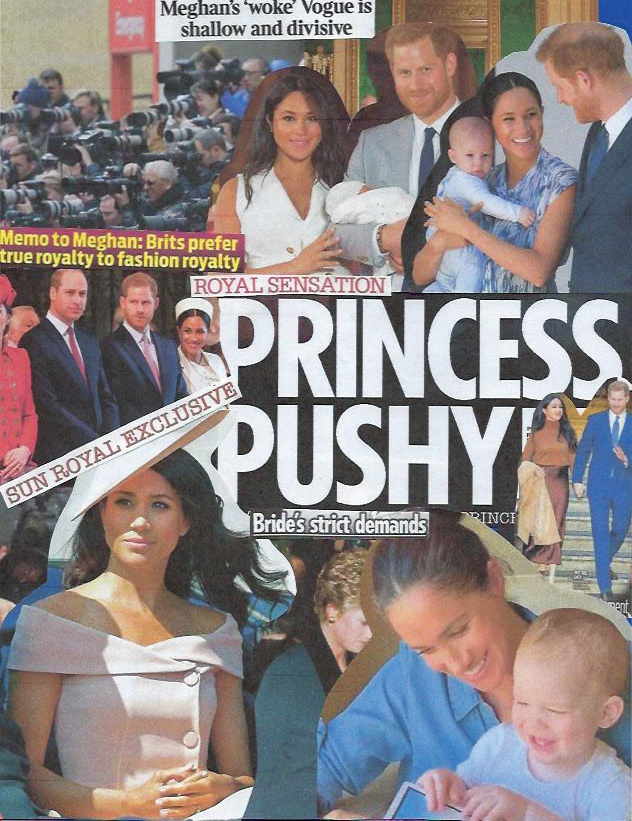 Montecito is known for many things, but English Royalty isn’t what first comes to mind.
When Duke Harry and Duchess Meghan Markle announced their departure from the royal family in early 2020, the U.K. people were shocked, saddened and some relieved for the young family.

Bringing along their newborn son, Archie, the two moved to Los Angeles to start their new life as financially independent public figures.

Born and raised in LA, Meghan is a self-described California girl with a career as an actress in Hollywood and a passion for feminism and social rights issues.

Her stark differences from the royal family were made clear when the headlines in UK media negatively depicted her lifestyle from her African American heritage to previous marriage.

Unfair comparisons were made to sister-in-law Duchess Kate about their different parenting styles, which cast a bad light on the new mother, Meghan.

“They moved here for privacy. The least we can do is treat them like any other family who moved into town.”
Meghan represents a new light in the monarchy and a change in traditional lifestyles. But there’s one thing that the royalty isn’t used to and it’s indifference to their monarchy which was seen in the late Princess Diana’s outspoken discomfort in the UK media, royal rules and spotlight.

Prince Harry made his feelings about his wife’s treatment clear, saying, “I lost my mother and now I watch my wife falling victim to the same powerful forces.”

Stepping back from their royal position seemed to be a mutual decision in the interest of their family’s future in a more normal setting.

Though, normal isn’t how one would describe their move to Beverly Hills. While settling in, drones swarmed over the couple’s house, trying to catch glimpses of Harry and Meghan in the backyard of their private estate, according to the LA Police Department.

The couple knew they had to move somewhere they could raise a family without the distraction and discomfort of the media. The couple’s spokesperson said, “They have settled into the quiet privacy of their community [Montecito] since their arrival and hope that this will be respected for their neighbors, as well as them for a family.”

Their neighbors seemed to have settled extremely well given the circumstances. The first couple of weeks after the Duke and Duchess’ address was leaked, paparazzi and curious fans slowly drove by the quaint neighborhood and took photos by their gate and hedges, which caused the couple to reportedly keep to themselves and not venture out into the town too often.

According to close sources, due to the media’s relentless spotlight on them, Meghan and Harry decided to keep their circles close and live a subdued lifestyle, in contrast to the life they were living prior to moving to Montecito.

Out of respect for the couple, all details on their daily sightings and whereabouts will be kept confidential. A person who lives in Montecito said, “Yes, I’ve seen Meghan around Montecito a couple of times. I would never even think of going up to her and asking for a photo.”

This seems to be an unspoken agreement among the residents of Montecito as Meghan and Harry have been seen in very limited photos and have gotten little to no social media attention. “They moved here for privacy. The least we can do is treat them like any other family who moved into town.”

Montecito is the residence of choice for security-minded stars who can live incognito and enjoy privacy, eating at local restaurants and walking the beaches with no one bombarding them for photos and autographs.

That’s precisely why Montecito is known as a safe haven for celebrities such as Oprah Winfrey and Ellen Degeneres who tired of the attention cities such as LA and New York bring.

It has been speculated that local celebrities welcomed the royals into Santa Barbara with a small gathering.

Winfrey went on to mention on Instagram that her “neighbor,” the Duchess, kindly gave her a Christmas gift basket present.

It appears that the couple is settling in well with their transition into a small, beach-town life. The future remains unclear of how long their residence will last, or where the young Archie will attend preschool.

What this town does know is they are glad that royalty has made its way here.