The Corrupt College Board

It’s an institution that high schoolers base their entire futures upon, put all their trust in, but should they have blind faith in a system that is, in more ways than one, corrupt? 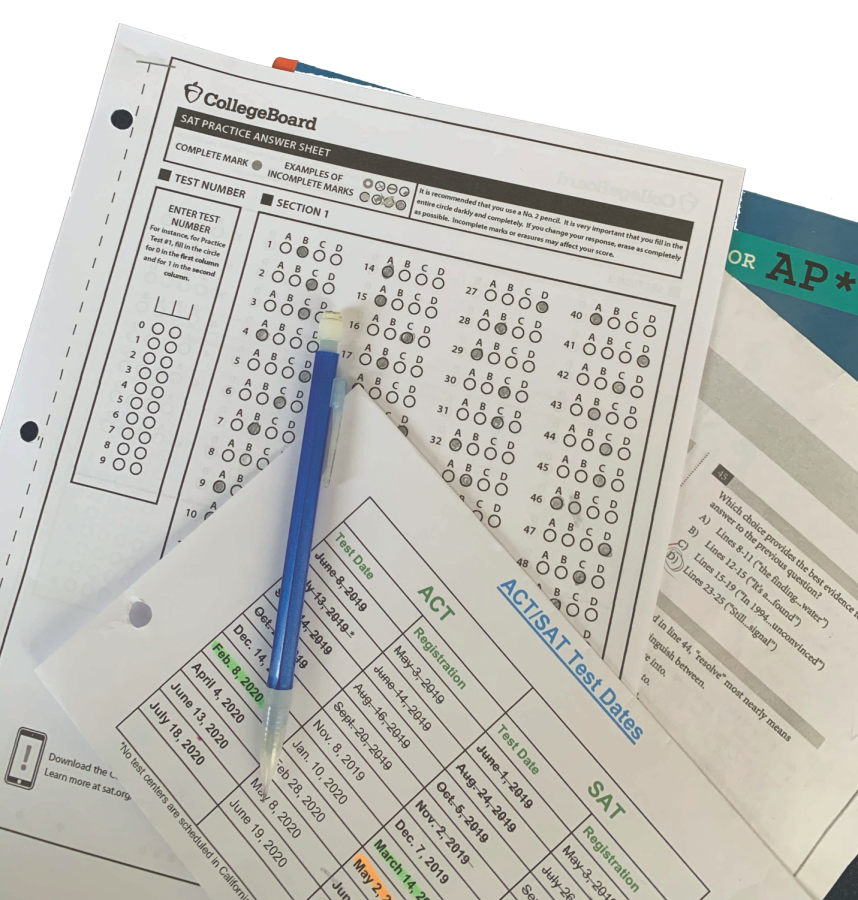 The recipe for a stressful senior year is a delicate balance of AP classes, applications, and, everyone’s favorite test: the SAT.

As students, we knew from the be- ginning a simple truth: at some point in the last two years of high school, we will have to take a massive test that will determine our entire future in college.

The score we receive will dictate whether or not we have a chance of getting into our dream schools or whether we should adjust our plans because we “aren’t good enough.”

It is a system that places immeasurable pressure on already stressed students and often doesn’t even show the test-taker’s competence, as standardized tests like these are much more challenging for those with information-processing issues.

So, if it is terrible for the students’ mental health and doesn’t give colleges accurate information about an applicant’s skills, who exactly has been benefiting from this antiquated system?

The answer is the same as the answer to the question of who is administering these tests? The College Board.

The College Board, established in 1900, claims to be “dedicated to promoting excellence and equity in education,” or at least that is what their mission statement on their website says.

But are they promoting excellence as they push memorization over understanding by feeding three hours worth of knowledge-based questions to the test taker?

Are they promoting equity as they virtually ignore those with processing disorders and administer tests that often take advantage of those without re- sources like tutors or study guides?

The College Board assists over seven million students each year with the college process, doing things like administering the SAT, giving AP exams in May, and assisting in college planning.

Each of the services they offer cost money, and although they do permit fee waivers to be given by the school to those who can not afford the SAT, this is not the only fee that the College Board requires.

Each AP test costs 93 dollars each, with that value shooting up to 123 dollars in other countries.

When one adds SAT tutoring to this total, which most students consider to be necessary to be on a level playing field with other applicants, the whole process can be wildly expensive.

So, the next question is, why does the College Board, which isn’t for-profit, charge so much for these tests and programs?

Well, it’s a hard question to answer. They don’t necessarily lie when claiming that they aren’t for-profit, but it takes research to discover where the money they get goes: to a surplus account, where the money sits.

Some of it does go to paying those in charge of the college board, with the head of the College Board making $1.3 million in 2009, which was a higher paycheck than the president of Harvard.

Exactly how much money does the College Board have?

That is over a billion dollars, all from extorting soon-to-be college students.

It is not far fetched to bring up the concept of corruption in the discussion surrounding college-based organizations.

What was once seen as a tool to help students along their path towards admission has collapsed into something much more elitist, much more focused on charging students money that they may not have.

Recently, the College Board’s role in the lives of students has been called into question.

When the COVID-19 virus hit the U.S. harder than anyone could have foreseen, everything was turned upside down before spring break had ended.

What was meant to be few-week-long breaks turned into virtual graduations and massive influxes in college deals and enrollments.

The LA Times reported that two-thirds of high school students show up to online zoom classes, not counting the completely checked out teens. With the pandemic and subsequent unrest, school systems tried to maintain normalcy by encouraging students to continue to study for their standardized tests.

But were they doing it for the students or for the benefit of the corrupt system they are backing?

With not much regard that the tests are a financial burden and not wanting to lose millions of dollars in fees, the College Board announced in late March amid the peak of the virus outburst that Advanced Placement tests would take place online.

Over 4.6 million exams were taken online, making you realize the toll the absence of tests would take on the College Board and their funding.

The planning and execution of at-home testing were sub-par at best as thousands of students dealt with the repercussions of technological issues with no help from the College Board, who told them they could retake the test in a couple of weeks.

Instead of celebrating the end of AP courses, students who experienced issues out of their control had to continue studying for more weeks.

Whereas previous AP exams were predictable, and teachers could give a myriad of helpful tips and strategies, the 2020 exams presented uncharted territory.

It was as if the College Board was trying to appear gracious by cutting down the test content length but then stabbed the students in the back with an extremely short period to complete the test.

While they advertised as aiding the test takers with the open note policy, it was unrealistic that any student would be able to look at their notes, understand and brainstorm the prompt, create a well thought out essay and execute it to the AP standards.

From all that is known about the College Board’s history, it’s looking less and less like a non-profit for students and more like a self-serving institution.