The #MeToo movement changed the fundamental pillars of Hollywood; however, the movie industry was not the only thing to feel the impacts of this social media revolution. 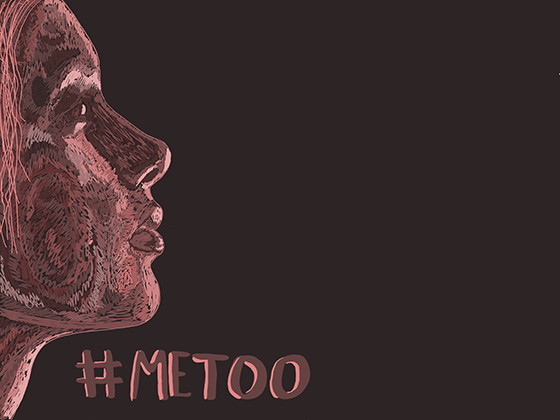 With a single tweet, Alyssa Milano started a chain of events that would bring down some of the biggest names in Hollywood. Milano’s message, coming a decade after the first-ever tweet of “Me too,” encouraged survivors of sexual abuse to tell their stories.

The #MeToo movement took away the stigma of coming forward after suffering from sexual assault.

Overtaking social media, this hashtag gave victims an opportunity to expose their abusers, and, almost at once, many prolific people were thrust into the limelight.

Actors like Kevin Spacey, Louis C.K. and Morgan Freeman were suddenly the center of public spectacle, leaving everyone to wonder: how did this go without being addressed for so long, and what’s to stop things from going back to the way they were before?

This movement, however, is not a moment in our country’s history that will soon be forgotten.

Three years after the initial accusation, we are still feeling the shock waves in the form of better education on consent, stricter boundaries in the workplace and a legal system that is fundamentally changed.

There has been a pattern of leniency when people in power get in trouble; having authority and a following has allowed for those in the wrong to escape rightful and just punishments, just because they are rich and powerful.

It seemed like, even when justice was served, the accused managed to quickly gain back public favor.

This is no longer the case, and court cases with celebrity defendants no longer are the exception to fair and just trials.

“[There isn’t] a predictable pattern for how and when a victim may report abuse.”

Harvey Weinstein, a producer and the co-founder of the Weinstein Company, showed exactly how far the legal system has come in February of 2020 when the verdict of the case against him was announced to the public.

Accused of sexually assaulting over 80 women, Weinstein was one of the first people exposed publicly, with actress Ashley Judd’s exposé in the New York Times acting as a catalyst for the #MeToo movement.

Three years later, Weinstein faces a lengthy prison sentence — although he wasn’t charged on every allegation, this case is monumental in changing the culture surrounding sexual assault allegations.

One can understand how revolutionary this case is by examining the charges that Weinstein faces.

According to CNN journalist Caroline Polisi, the juror’s methods in approaching this case were different than ever before.

Rather than rely on the black and white of the legal system, jurors examined every piece of evidence, taking each victim’s accusation as a case of its own, examining individual evidence and testimonies as if they weren’t decades old.

Polisi claimed the jurors must have realized “that victims of sexual assault might behave differently than one might expect” and that there isn’t “a predictable pattern for how and when a victim may report abuse.”

Many of the stories of assault were decades old. Some victims had multiple encounters with the defendant, but only had a dangerous encounter at one of the meetings.

It’s pieces of evidence like this that demonstrate just how remarkable this case is. It seems almost unheard of for a jury to observe a case from the perspective of someone listening to the victim rather than to the law.

It makes sense why, in the past, cases have been let go due to the amount of time that passed since the offense was committed.

“Over the passage of time, memories fade, witnesses move or pass away, and documents are lost or destroyed,” according to Russel Suzuki, Hawaii’s Attorney General.

Polisi explained the change in the legal system, claiming that “The landscape in which law enforcement and prosecutors can investigate and try sexually violent crimes has fundamentally changed.”

Following this with the claim that “There is demonstrative proof that juries can convict even in cases with no physical evidence.”

Bryce Corvet, writer for The Society, commented that “Weinstein’s verdict, then, could be an indication that the justice system is ready to accept these more nuanced, but no less true, stories of abuse.”

Weinstein’s case, as well as the impact on society through the #MeToo movement,  proves that people can make fundamental changes because of the courage they got from an online trend.

Almost 4000 people have gotten justice through the Time’s Up Legal Defense Fund.

50 percent of polled voters considered the power imbalance of men and women in government.

81 percent of women and 43 percent of men have experienced harassment in their lifetime.

101 people working in the Arts & Entertainment industry have been accused.