How to: Around the World 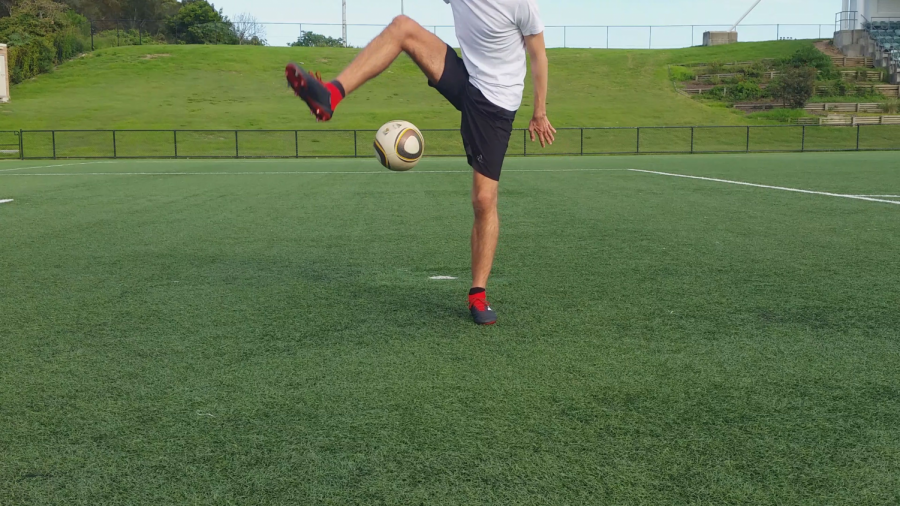 The most well known and widespread soccer freestyle/juggling trick is the around the world. The basic concept is that you tap the ball in the air and bring your leg all the way around the ball and tap it back into the air before it hits the ground. It can be combined into many other tricks and can look extremely flashy. So how do you do it? Well, while it may take some juggling practice to get a general feel for the ball before an around the world can be done the move in nature is pretty simple. There are two common ways to approach the world. The first method is to just simply tap the ball up with your foot high enough to where you can quickly bring your leg around the ball but not too high to where you can’t get your leg around. The second method is using the outside of your foot to tap a little to the side of the ball to create spin which will allow for a much more fluid motion making bringing your leg around much easier. The first method while it seems simple is actually harder to pull off and less consistent because it separates the tap up and wraps around; this method is good if you have trouble controlling sidespin. The second method is more fluid and can allow for quicker movements and will lead to more complicated tricks. The best way to learn is to watch someone doing an around the world and trying it yourself. For many freestyle soccer tricks, explanations are very surface level but in the application the feel of the ball will allow you to understand what you’re doing wrong. Try to stay on balance, don’t lean back, and practice and you’ll be able to do it in no time!