The Laws of the Game

Sports have rules and players have to follow them, these rules are different for each level of competition. However, a majority of athletes don’t know the rules. Here are some interesting rules and how they affect some players. 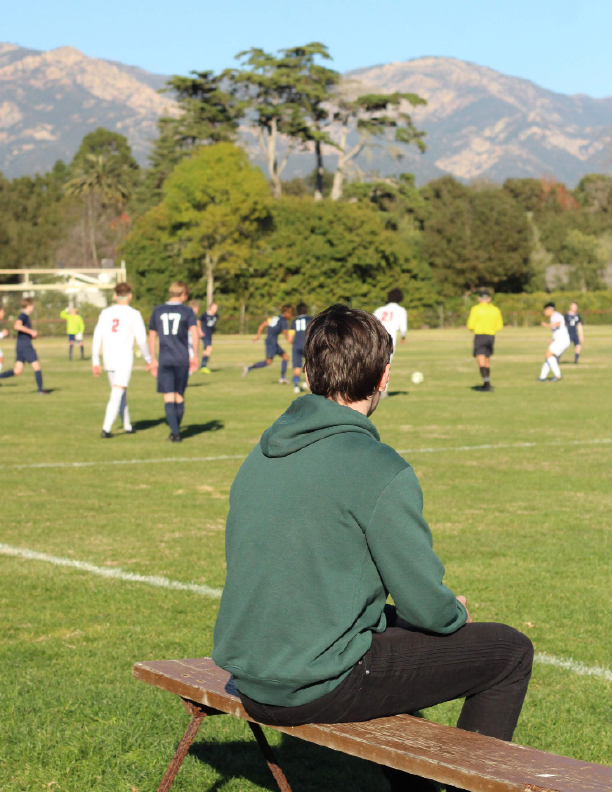 The California Interscholastic Federation [CIF] is the governing body for high school sports in the state of California, governing both public and private high schools.
As such, that the CIF makes all the rules regarding high school sports competitions. These rules can disqualify players or teams from competing in league games or tournaments.
If a student is disqualified, then, they would be required to miss games or matches thereby potentially harming their school’s record in the league or prevent players from impressing colleges.
Rules that inhibit player participation because of extra practice are odd. Why should a player be punished for going to college evaluation camps to try to get a scholarship?
At Laguna Blanca, two soccer players have had to sit out this 2019-2020 soccer season because they transferred to Laguna from different schools.
In such a small school, two players missing can be the difference between a win and a loss. The problem is amplified because Laguna is a private school and lacks enough players to have a JV team. Normally, players that are awaiting approval for CIF competition simply play with the JV team. Yet, without one, our players are forced to sit out and watch from the sidelines.
While there are many factors to consider, the CIF rules are in place to prevent students from transferring to a certain school thus creating an unfair advantage for athletics. Especially in private schools, CIF seeks to prevent schools from “buying” players via scholarships.
CIF provides important regulations that allow for an organized sports leagues, most importantly, rules for athletes safety, equipment, and suspensions regarding the number of fouls or cards a player is allowed to get.
Junior Lancelot Mabon (pictured above), a player on the soccer team (in the U.S. for a year), is from Sweden. He came to the U.S. to experience American culture, however, because he played in three club-soccer games in Sweden, he is not allowed to participate in our high school team.
Lancelot and his family are applying for eligibility because he did not come to America or Laguna Blanca for athletic reasons.
Odds are slim to none, that he will ever be able to play any high school soccer this school year because of the rule. Lancelot is not the only one. There are other students who share his “excluding experience.”
Some of the lesser known CIF rules include:
1.) No teams will be allowed to go to the mountains; beaches; etc., during the “conditioning two week period” prior to the start of the season.
2.) Students are allowed to participate in one college evaluation camp each season, and may participate in eleven v. eleven events at that camp. Attending more than one evaluation camp per year will disqualify the student from further participation with the high school team.
3.) All CIF eligibility rules apply in all games including practice games.
4.) Financial aid, grants or scholarships given to students based on athletic prowess is prohibited.
5.) A student on a high school team becomes ineligible if the student competes in a contest on an “outside” team, in the same sport, during the student’s high school season of sport. The only exception is if the outside team has less than half the amount of players of a regulation game. For example, if you had a two on two volleyball game that is permitted because six players is the standard.