Media Bias: How and Why

The bias that exists in modern media raises widespread concern, and in need of effective solutions. 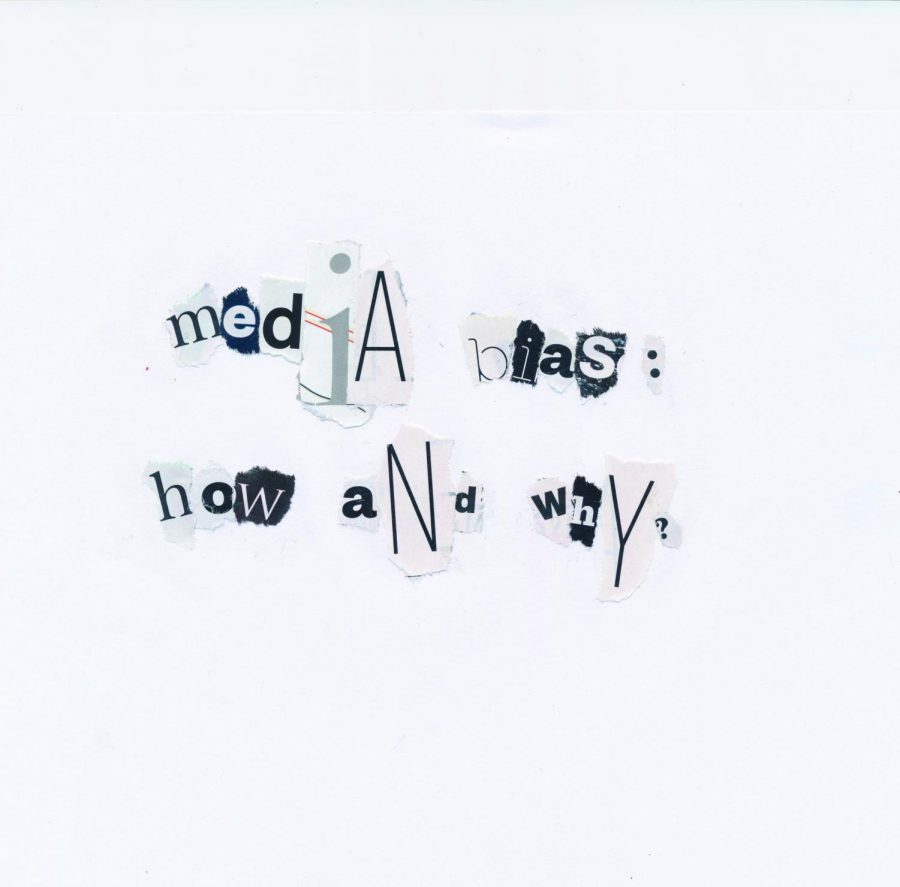 Media is partial towards political parties, usually depending on the ownership and sources of funding.
The viewpoints and political stances of the employees will primarily correspond with that of the media stations. Take Fox News as an example; the owner of Fox News, Rupert Murdoch, is conservative. Therefore, the stance, political atmosphere and targeted audience of Fox are right-wing and conservative.
Consequently, Fox News most likely will hire journalists that share the same conservative stances.
Most journalism departments are, to varying degrees, in favor of one particular political party or group; it is not hard for news stations to influence a group of people who share the same belief.
Seeing this trend as a flaw and one of the fundamental reasons for media bias, Mike Flaugher commented: “Too many [journalists] come from mass comm and journalism departments ready to go out and change the world for what their professors taught was the right and the good.”
The need for the audience in this digital age, where the competition between an ever-increasing number of media stations steadily intensifies, is another reason for bias to emerge.
People choose stations that reflect their beliefs as they have because they tend to confirm their opinions on media.
People tend to favor information that reinforces their pre-existing views while avoiding contradictory information.”
The confirmation of one’s bias on media makes them feel even more justified to possess biased ideas.
To expand in business and grow a loyal audience, the press has to present very distinct political stances and opinions.
Objectivity and accuracy are, unfortunately, often in the way of making stories “fun to read,” especially when the window to report information is within a few seconds.
Media that report the news with the most timeliness and accuracy have lost their attraction and their audience.
Fox News, for instance, a media station known for its praise on conservative ideas, “has grown into the largest cable news network, drawing 1.1 million viewers in primetime and 1.76 million viewers in total per day, an audience that’s four times larger than its next closest competitor, CNN, and greater than both MSNBC and CNN’s audiences combined.”
Media is experiencing a transformation from conveying information to entertainment. Given the fact that most people learn about news entirely from media, frequently, they are the victims of the media’s effort to make their articles interesting.
As Rolf Dobelli points out, the excessive sensationalism of news “leads us to walk around with the completely wrong risk map in our heads.”
The lack of essential context and detailed information can also cause the audience to form biased ideas, even when the media stations do not intend to.
Responding to the decrease in people’s attention span from 12 seconds to 8 seconds, Timothy Egan argues that the emerging lifestyle of multi-screening media has greatly diversified people’s attention.
However, Jaja Liao suggests otherwise, “For the past decade, we have been adapting our attention spans to changes in news media. But the future might hold the reverse — the news media adapts to us.”
Due to the reduced attention span, articles have been significantly cut in length and void of details. The abbreviations in article-length have made it increasingly difficult for writers to thoroughly and objectively convey the news.
Details are deleted that can help the audience to understand better the context of news.
It is resulting in an increasing amount of misinterpreting of news and an expanding amount of misunderstanding in society.
Consumers of media frequently lose interest in stories after eight seconds.
Therefore, with the information obtained in merely eight seconds, the conclusions formed by the audience will be incomplete.
For those articles that have discarded necessary details, it is undoubtedly harder for an audience to not to form any bias.

Consequences
The over-sensationalism of biased ideas on media stations has reinforced the pre-existing biases in the minds of the audience and thus forms a deadly loop, where audience and media stations gradually become more and more narrow-minded and hostile toward the opposing views.
With the increasing tendency of media sensationalism, as well as the bipartisan-political system, political divisions in western countries, have been negatively influenced and significantly widened. The very nature and purpose of a partisanship system is to preserve democracy by having multiple parties, with each one being a check of power on the other ones.
As illustrated by Lee Drutman, “Competition gives parties incentives to respond to voters. And losing parties keep winning parties accountable by threatening to take away their supporters.”
By uniting people together under a common belief, however, common enemies have to be created, which, in this case, are the people holding the opposite points of views.
The partisanship divisions have become so widened and severe that the political stances people chose to take have begun to define them.
“More significantly, over the past half-century or so, partisan identities have become much more closely aligned with other social identities. Partisan divides now overlay religious divides, cultural divides, geographical divides, and racial divides.”
Competitions between parties is essential to democracy.
But what has evolved is hostility between groups, total separations between “them” and “us,” and in-group loyalty, all of which pose significant threats to democracy.
Amid this trend, media stations have played a tremendously important role in reinforcing the ideological oppositions, which, according to Lee Drutman, will motivate “each side to strives to protect the movement against impurities and the seeds of compromise.”
Besides the turmoil the division itself creates, the linking of political stances to people’s daily lives and social identities can also trigger people to be more irrationally angry when reacting to politics, thus heightening the hatred of people toward the opposing side and diminishing the possibility of compr1omise between different groups.
“The angrier the electorate, the less capable we are of finding common ground on policies, or even of treating our opponents like human beings.”
This hatred, if not contained, can eventually lead to the dehumanization of the opposing groups. Lee Drutman further emphasizes the threats brought by intense ideological oppositions, saying that: “This is doom-loop partisanship because it contains many reinforcing dynamics that can quickly spiral out of control.”
Loss of democracy is one of the worst outcomes of an unhealthy partisanship system that can be progressively achieved through people’s seeking of security over freedom during an unstable period.
The instability brought by political division would “gradually incline the minds of men to seek security and repose in the absolute power of an individual.”
The intentional selection of skewed information and over-sensationalism executed by media have contributed to turmoils and tensions between groups.
Irrational anger tends to be stirred when people are misled to think that their group is being persecuted.
For instance, the distrust and hostility between the African American community and the police have increased in response to the media’s sensational approach that exaggerates police brutality targeted toward black people.
According to the Washington Post, the possibility of an unarmed black man being killed by police is equivalent to the chance of him being hit by lightning. Instead of working to improve the strained relationship between police and the black community, those protests have often resulted in more violence.
On December 20, 2014, New York City police officers Rafael Ramos and Wenjian Liu were unexpectedly attacked by a gunman Ismaaiyl Brinsley, 28, who was determined to avenge the deaths of Eric Garner and Michael Brown, two black men who were brutally killed by police officers.
The killing and violence committed by police officers is not justifiable. Still, the scale is aggrandized by media, thus creating a deadly circle of hatred, with black people’s increasing abhorrence and loathing toward police officers and police officers being increasingly and overly paranoid when approaching them, and the manipulativeness of media stations contribute to the violence.
As the circle goes on, this bias will become so strong that the very mentioning of those two groups will instantly trigger people to assume another police brutality toward black people.

Solutions
Division in political stances among western citizens has resulted in the increased hostility, regarding the other as evil and unreasonable.
For opposing groups to form empathy toward each other and genuinely examine others’ opinions, the media has to approach the opposing side of their targeted audience, recognizing the critical values of their belief system.
According to Robb Willer, a Stanford sociology professor, “If you want to move conservatives on liberal issues like same-sex marriage and national health insurance, it helps to tie those arguments to conservative values like patriotism and moral purity.”
The combining of the central themes of two seemingly opposing groups can effectively erase the hostility and break down the separation of “them” and “us” because it shows people the connections and the similarity between their own beliefs and the ones that they hold contempt towards.
Just as media is powerful in agitating turmoil and hatred, it possesses the power to ease tensions and create harmony.
By developing empathy and speaking, the other side’s language media can influence people to appreciate the essence of ideas of those that are previously thought to be unreasonable, thus reducing the division to the degree that is healthy.
The nature of politics and the way political opinions are expressed should go through changes as well.
Thus, altering the nature of politics from that of intense debate to relatively more peaceful discussions that can render people less adverse against each other.
Media has the power to set an example for millions of people; thus it depends on them how to use this power. If the way politics is presented by media is peaceful and more similar to a debate in which none of the social identity of the participant is involved, the public will eventually begin to treat politics with less anxiety.