In a short collection of interviews from students and teachers, see how our childhood TV shows and movies have shaped our current lives in more than one way. This is especially relevant as we reach the beginning of another decade, and many of those shows are coming back alive through Disney Plus. 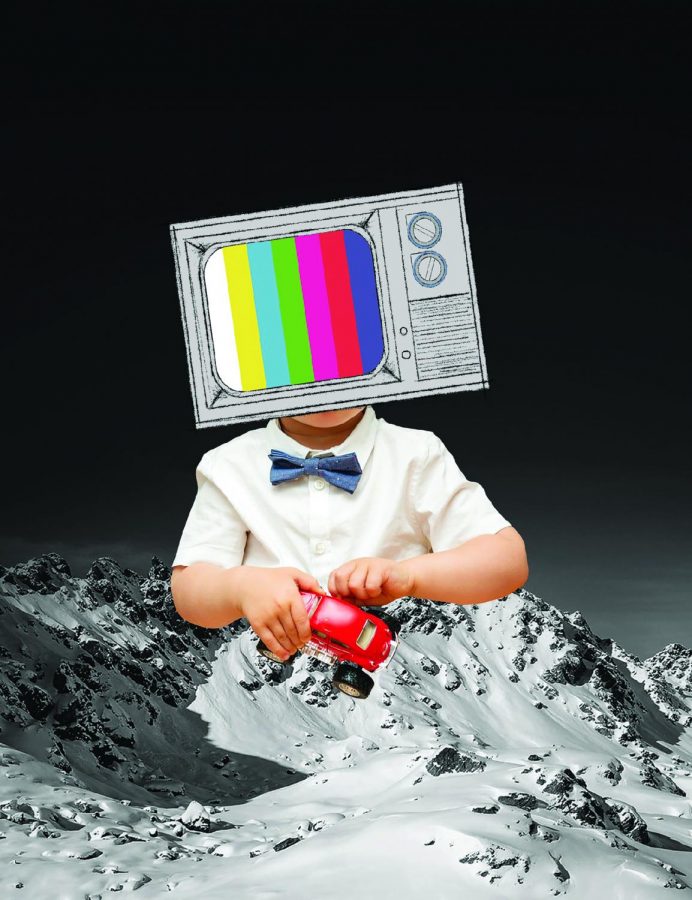 We all remember those TV shows that shaped our childhood; the ones with characters we wanted to be when we grew up, the ones that we would watch on repeat, and the ones that we remember today.
Although they may have seemed irrelevant to us as kids, the moral undertones that our childhood television shows delivered to us as children, are still relevant to us now. The friendly conflicts that arose in the plotlines made us think of how we might be able to handle similar situations in our real lives. Not only did we learn and grow from these shows, but we loved them at the same time, and continue to love them into our teenage years.
On November 12, Disney released a new streaming platform called Disney Plus. It is a subscription-based video service that includes all of the movies and TV shows owned by Disney, including all of the nostalgic shows of the early 2000s that we spent our childhoods watching. Examples range from “Steamboat Willie,” which aired in 1928, to “Good Luck Charlie,” which aired in 2010.
Disney Plus gained 10 million subscribers in just one day after its launch, while it took HBO several years to reach a little more than half of that number. It’s no wonder that so many people want to subscribe; with nearly 500 movies and 7,500 shows on the platform for only $6.99 a month, Disney lovers everywhere finally get to enjoy the magic of Disney all on one platform.
Many students at Laguna can attest to the magic of these shows from many years ago, and as we change the channel to another decade, we can look back at the beloved shows and movies that taught us valuable lessons about friendships, school, and family.

Q: Do you have Disney Plus, and what have you liked about it? Has it brought back memories?
A: “I do have Disney Plus and it has been super nostalgic. It’s been awesome to watch the shows that I grew up with and that shaped my childhood.”
– Sophomore Hanna Masri
A: “[Disney Plus] is like those memes were they access a part of your brain that you didn’t know about.”
– Senior Ainsley McGovern
A: “I really like Disney Plus because I’m able to see all these movies that I used to watch as a kid. For me “Finding Nemo” and “Ratatouille” were my favorite movies as a kid and to be able to see them is awesome.”
– Sophomore Henry Otte
A: “Disney Plus is the only thing I use. I canceled my Netflix account, my HBO account, and my Hulu account, because I could only have one. No regrets. I watch a movie every night. Last night it was “Frenemies” and before that it was “Lemonade Mouth.”
– Senior Macy Christal

Q: What was the most valuable lesson that you learned from a TV show when you were younger? How has it helped you make decisions as you grow up?
A: “No one says it better than Hannah Montana herself, ‘Nobody’s perfect.’ Disney Channel made it clear that everyone had imperfections.”
– Freshman Molly Mourouse

Q: Was there a specific character that you wanted to be once you grew up?
A: “Backyardigans was my favorite. I wanted to be Pablo the penguin.”
– Senior Sydney Hlavaty
A: “I wanted to be Hannah Montana hands down. She had the coolest house and closet and she was a popstar—why wouldn’t anyone want that life?”
– Freshman Molly Mourouse

Q: What was the most valuable lesson that you learned from a child television show?
A: “The thing that most profoundly affected me was probably “ET”. I cried a lot during “ET”. It gave me a lot of suspicion of the world and of the government. Just the idea of understanding another human being, and obviously ET wasn’t another human being, but just understanding people that are different from you and finding the good in things that seem different and things that seem outside.”
– Erik Faust
A: “It’s gonna be super cliche now but I really did watch Mr. Rogers every day. I think it taught me lots of lessons but one was to always look for the good in other people; that everyone no matter who they were good and it was my responsibility to look for the good in other people. There were lots.”
– Katie Pointer

Q: How have those lessons helped you make decisions or be kind as you grow up?
A: “I think Mr. Rogers was actually very intentional about including diversity and putting people in roles in his show that would have been counter-cultural at the time but as a child, you wouldn’t have known that. He in the 1970s intentionally cast a black man as a cop which would’ve been a really big deal, and then showed the cop and him putting their feet in a pool together, which, at the time, would’ve been a really big deal. {I think this was a} way of helping kids normalize and get used to not setting up stereotypes or prejudices against things.”
– Katie Pointer