Thanksgiving is a cherished holiday by many and usually includes stress, growling stomachs and deliciously warm food. Most families don’t skip a beat on this annual holiday as it is a time for loved ones to pause and appreciate their blessings. What’s being served for Thanksgiving this year? A big helping of animal cruelty. 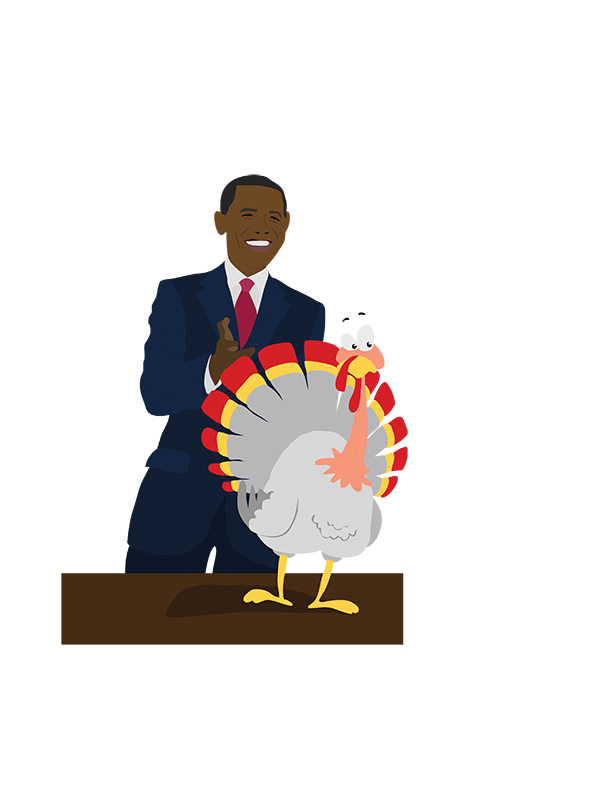 Thanksgivings are generally an all-day (or even all week) affair. It starts with the decor preparations, finalizing guest lists, researching recipes, shopping for the meal itself… the list goes on! It all culminates when the family gathers around a warm homemade meal crafted with love.

I adore Thanksgiving as much as the next American. I find it so nostalgic and a place of warmth and happiness. The Macy’s Thanksgiving Day Parade makes my heart flutter… the football games not so much! There is nothing better than devouring pies and mashed potatoes surrounded by loved ones. And I know I am not alone in this love of the holiday, as stated by the National Turkey Federation, 85 percent of Americans celebrate Thanksgiving.

Let’s start at the beginning, though. The tradition of Thanksgiving goes a long way back, evidently bringing together the pilgrims and Native Americans over a shared harvest in the fall of 1621.

Although there’s been discussion on the truth behind this supposed friendship the two groups shared, there is no verdict on the reality of the situation and what circumstances they were under.

Recently, the New York Times and the Washington Post published In-Depth editorials regarding the fallacies of Thanksgiving, which indicate that Thanksgiving is under scrutiny because of this dilemma: ‘What are we really celebrating.’

The United American Indians of New England annually hold anti-Thanksgiving rallies. The holiday is “a reminder of the genocide of millions of Native people, the theft of Native lands and the relentless assault on Native culture.”

With issues like Confederate statues and debates over Columbus Day, we are shedding light on what America chooses to honor.

But there is another side to this: many don’t consider it and if you do, it is almost laughable — the turkey’s role in this annual holiday.

The center of the American Thanksgiving dinner is a big, juicy turkey. This stereotype is very accurate, with 88 percent of Americans, surveyed by the National Turkey Federation, eating turkey at their Thanksgiving meal.

The most comical part of this is that there is no proof of turkeys being eaten at the First Thanksgiving.

In a National Geographic editorial written by Becky Little, “A few things you (probably) don’t know about Thanksgiving,” she explains that the harvest was said to be a regular English celebration and had no real significance until 1863 when Abraham Lincoln declared the day a federal holiday in order to bring peace for one meal.

Lincoln declared the last Thursday in November a national day of “Thanksgiving and Praise to our beneficent Father who dwelleth in the Heavens.”

Although wild turkeys roamed the areas, it is not certain that they were even part of the Harvest celebration. Editor John Cunningham said in a Britannica Encyclopedia article, “there is no indication that turkey was served…”

Historians ascribe Sarah Josepha Hale with pressing this idea of Turkeys being the center focus of a Thanksgiving meal.

In her novel “Northwood” (1827), she dedicates a chapter to describing the classic New England Thanksgiving: completed with a home-cooked turkey “placed at the head of the table.”

Thus, the idea that we emphasize the turkeys being a significant component of the quintessential American Thanksgiving meal is illogical since there is no historical context.

The holiday has morphed into a commercialized 10-course meal day.

There is a tradition dating back to 1987 when President Ronald Reagan pardoned a turkey and let it live.

This ritual is meant to be a symbol of good cheer.

Yet it is contradicting and ironic since there is only one single turkey out of millions being saved.

How is this good cheer when there are so many turkeys slaughtered for the consumption of Americans?

What’s most bemusing is that there’s no reason that this holiday has to be carried on a turkey’s back.

And most importantly, why can’t this celebration just be what it was intended for: to simply gather around with loved ones and rejoice in our blessings?

It’s believed that the trend of turkeys at the meal was due to President Lincoln’s influence. Lincoln’s favorite meat was a roasted turkey. He annually served it at his White House Thanksgiving feast. For the troops, he sent out turkey rations as well as a treat for their hard work.

This is said to be yet another reason turkeys became essential to the annual meal. This idea just further confirms the view that we, as Americans, often misconstrue long-established holidays and don’t know the historical context of our traditions.

For example, Easter is believed to be Jesus’ resurrection and a day to celebrate him. Besides devout Christians, it developed into a day where kids go around the yard screaming in hopes of finding a golden egg with ten bucks in it.

Thanksgiving is not helping our environment, our bodies, nor helpless turkey’s. This holiday has turned into something that isn’t a harvest or a celebration of a successful farming season; it celebrates the non-organic, GMO and factory-farmed turkeys we consume.

So why turkeys? We have so much food available to us which is healthy, delicious and non-cruelty based.

The people behind slaughterhouses don’t seem to mind, and they are having a holiday themselves over the earnings from this one day.

According to the 2018 annual PETA statistics, Thanksgiving is responsible for 46 million turkeys in the U.S. The process starts when the eggs are forced into incubators and stolen from their mothers. They’re then force-fed with a pump in order to gain enough weight to satisfy the American need for an unnecessarily large turkey.

Following that, the turkeys are mutilated: their beaks, snoods, and toes are chopped off. Depending on the factory farm and their ethics, there is no anesthesia or pain relievers for birds.

According to Mary Beth Sweetland, Humane Watch’s Director of Investigations, “Despite everything we know about animals now — that they think, they feel, they form connections – we still treat them worse than dirt.”

As a result of the enormous weight gain forced upon them, the turkey’s joints grow weak and subsequently lose the ability to walk or even stand. This causes misery, suffering, and diseases for all the birds crammed into a warehouse.

The factory farms don’t even have the decency to knock them unconscious, and they are simply slotted into an assembly line to their deaths.

There is no current legal protection for these types of birds: turkeys and chickens. The law passed in 1978 by the USDA protects the rights of slaughtered animals and guarantees proper treatment.

However, this law excludes the treatment of chickens and other birds. Theoretically, these birds in factory farms can be treated in any sort of way and no one will step in to protect them.

Since 1970, turkeys being produced in America have increased by 100 percent, and Thanksgiving alone is responsible for one-sixth of turkeys slaughtered annually. There has been an influx of free-range and organic farms, and many families are choosing organic meats only.

The average person has no concept of what the rules are for being labeled a free-range facility.

Most free-range turkeys will never be able to touch grass or see the sky, yet they are given the privilege of a couple more square feet of warehouse room.

These outdated laws are not regulated tightly enough that companies can get away with treating their free-range turkeys the same as they would factory-farmed turkeys.

And in the end, they will sell their poultry for twice as much in your local grocery store.

English teacher Charles Donelan, grew up in New England surrounded by farms. Growing up next to a turkey farm, he said, “It was a ramshackle collection of white coops that lay very close to the road, so it was easy to see what was going on there.”

Although young, he, too, noticed the influx of turkey production throughout the Thanksgiving season.

“Eleven months out of the year, it was quiet, but in November, it became overrun with trucks coming to take the birds away for Thanksgiving,” Donelan said.

“The turkey farm was the only place that peaked and then subsided so spectacularly. By the Saturday or Sunday after Thanksgiving, it was deserted, only to crank up again the next fall.”

Since when did animal cruelty and the mistreatment of our food source become an American value?

When did we become so greedy and demand so much of animals?

The amount of meat that the American population consumes daily is not helping us in any way.

Teaching the new generation that the turkey is the center of families getting together and sitting around a dining table should not be our future.

We need to lay out all the facts on the table this year, and it starts with choosing what foods end up on our plates.