The dress code. It’s a debate and an issue that students, faculty and administrators at schools across the country and here at Laguna deal with on a regular basis. It continues to spark debate in school communities. 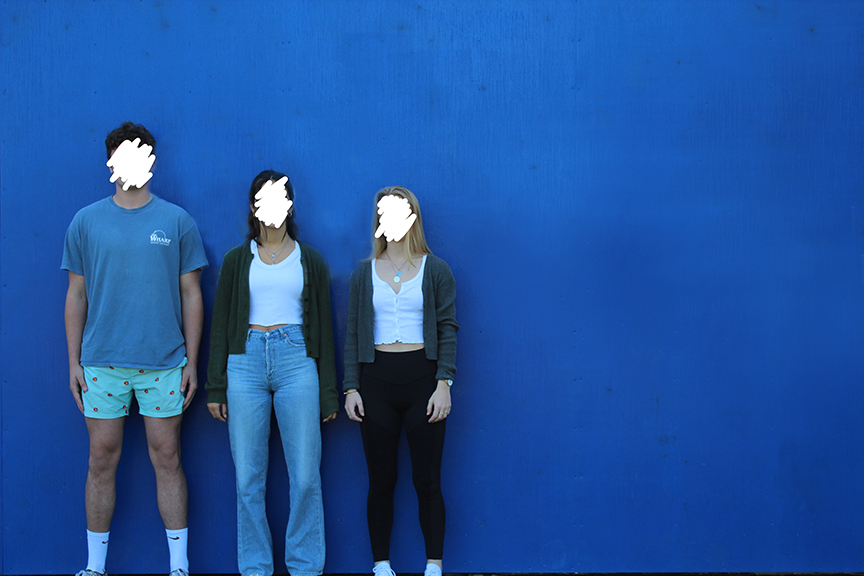 The dress code is a standard part of most institutions whether it is a private school, a public school, a Catholic school, or a company. Yet, that does not mean that there is one overarching, standard set of rules.

A dress code regulates the decisions students make when getting dressed for school in the morning and therefore how individuals choose to portray themselves on a material level. But truly, the goal of any dress code is to define the culture and nature of a school.

That is what makes the dress code such a point of discussion, because each school’s dress code is their own, and therefore comes with its own problems and solutions.

And, until the start of this year, the dress code at Laguna was a somewhat overlooked regulation. Though only about a dozen students have been dress coded, a string of assembly announcements and emails have prompted a good amount of talking, debating, and arguing about the fundamentals of our dress code throughout the student body.

The rules of our dress code are spelled out in the Upper School Student Handbook, a 39-page long document that outlines the procedures and principles of our school.

Students and parents are required to sign the Handbook before the beginning of the academic year.

In introducing the bullet-point list of the specific causes for infractions, the handbook states that “Laguna maintains standards of dress in order to demonstrate respect for the educational environment, avoid distractions, maintain safety, and set a good example for our younger students.”

In the list of guidelines that follow, the key violations include messages of hate/alcohol/drugs, bare midriffs, revealing clothing, and exposed undergarment straps.

Some students argue that, due to the lack of more specific guidelines, the dress code falls under a somewhat gray area, with reprimands based on a subjective viewpoint.

“I believe the dress code can be a bit unfair or biased because personally I’ve never been dress coded, and I have worn a cropped shirt,” sophomore Julianna Seymour said.  “And then I saw someone else who had a little tiny sliver of stomach showing and they got dress coded.”

On the other hand, some argue that the unspecificity is exactly what students can use as a learning opportunity.

Interim Head of Upper School Andrew Wooden, believes that the unspecificity “asks people to be responsible, and responsible is a very broad judgment.

He said, “I think it’s positive for students to have the independence to interpret language like that responsibly.”

With every dress code, there is also the issue of gender biases. On a certain level, one can blame this on fashion, as current styles almost force dress codes to lean towards female-directed rules.

Middle school English teacher Anna Alldredge said, “I believe a dress code should be 100 percent gender neutral, and that is something Laguna is committed to prioritizing.”

Technically, the only rule that solely applies to female students is that “exposed undergarments including straps” are not permitted.

A general agreement among female students is their disagreement towards this rule. Sophomore Dare Fitzpatrick said, “Bra straps—why is that in the dress code? We are wearing bras. Everyone knows it. That is part of life. I don’t understand why it would offend people.”

Whether bias exists or not, no one is denying that female students are the ones generally getting dress-coded, and when a male student does, it is definitely unusual.

But rules only go so far. After that, comes action. The dress-coding process is a double edged sword. There is the faculty or administrator who does the dress coding and the student being dress coded. Being in either one of those positions is not ideal.

When it comes down to the specific process, the Handbook states “Students not in conformance with the dress code will be asked to change promptly.”

And yet, that rarely ever happens. Instead a faculty or administration member will alert a student of the fact that they are out of dress code, and tell them what item of clothing is causing the reprimand.

From an administrative standpoint, Director of Student Life Blake Dorfman said that having to dress code someone “is different for each person. If I see someone out of dress code and it’s not a crazy violation or we do not need to cover that person up right away, I will approach that person one-on-one and say, ‘I really think we should leave that piece of clothing at home next time, and choose something different.’ I find that goes over well.”

But once again, this process is a double edged sword. From a student standpoint, sophomore Lily Connor, who was dress coded twice at the beginning of the year. “I walked away feeling really embarrassed.”

In addition, she was pulled aside “during a passing period, so it was while everyone was walking by. Right after it happened, all of these people were coming up to me and asking what had happened.”

Any uncomfortable experience for both a student or faculty member is obviously something that the school wants to avoid. But the question remains, how is this to be avoided?

As we wrote this article we found ourselves left with three main grievances concerning the dress code.

The first is gender bias. Specific rules, such as “bra straps” or “revealing” clothing, have to go. Gender identity should never play a part in the rules of any dress code, and that is something that should be left unquestioned.

The second is the language used in the handbook, most importantly the idea that the grounds on which the dress code stands includes “avoid[ing] distractions.”

Wooden said “I think that language has been around for a hundred years and it needs to be reevaluated.”

Senior Audrey Murphy expands and said, “justifying the dress code with saying that “girl’s bodies are a distraction” is outdated, offensive, and unacceptable. Society is now starting to recognize women as victims of sexual assault rather than provocateurs of it, and in general we must demand that men use self-control (with their thoughts and actions) rather than using the censorship of our bodies as the easy out.”

The third is the dress coding process. We believe the key to eliminating discomfort on both sides is to create a streamlined, professional email that alerts a student when they are out of dress code. Resulting in, as Alldredge suggested, a “privately communicated” process.

A revaluation of the dress code is entirely necessary to avoid humiliation for students, to make sure a teacher never has to feel awkward doing their job, and so that every member of Laguna can get dressed in the morning and come to school with full confidence in what they choose to wear.