The Missing L in LGBTQ 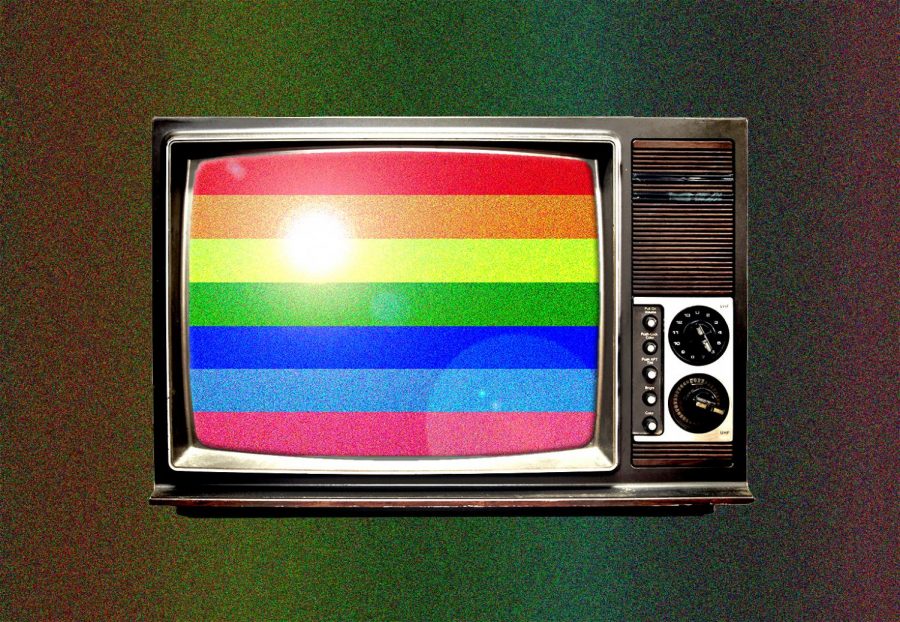 History changing right in front of our eyes. This last decade has been notable for LGBTQ+ rights and representation. However, this change has not extended for all queer people. A lot has changed since 1997 when actress and comedian, Ellen Degeneres, came out to the world in the most public forum: on cable television. The tabloids went crazy and sponsors pulled out of advertising. ABC executives went as far to put viewer’s advisory announcing that there was gay content.

Degeneres pioneered for the rights of lesbians, hosted her own talk show for 14 years and counting and made history when she won the Presidential Medal of Freedom. However, there aren’t as many stories like Degeneres in Hollywood as the LGBTQ community would like.

Movies like “Love, Simon,” “Call Me By Your Name” and “Moonlight” highlight LGBTQ stories. Yet, there is an undeniable absence of the ‘L’ in LGBTQ. Media seems to focus on the gay portion of LGBTQ. Unfortunately, gay men are yet to be wholly accepted by society, however, the American culture has begun to normalize them as seen in the iconic 2013 video featuring a Home Depot marriage proposal flash mob between two men or accepting celebrity couples like Neil Patrick Harris and David Burtka.

All of this development in the LGBTQ community is a positive thing however, that doesn’t stop queer women from feeling left out. If you don’t see yourself represented in media, how are you supposed to think you belong? Representation is the key to allowing people to feel comfortable in themselves. Young queer people are most at risk for this issue affecting them.

With stereotypes like ‘the GBF’ (gay best friend) or lesbians being “butch,” flakey or just experimenting. The images that come to mind for a gay man are generally a flamboyant, over-the-top, feminine man. Why is this? It’s because of the misrepresentation of the media.

Take the hit ABC show, “Modern Family” as an example, while some would say the fact that there are two openly gay men with a child is a success, others would say it is just offensive. Mitchell and Cameron cast harmful stereotypes on impressionable kids which the show targets. Mitchell often being referred to as the “husband” in the relationship, being the breadwinner and a stern influence towards on daughter, and Cameron being the “wife,” doing all of the housework. Cameron is sensitive and feminine, while none of these traits are negative in a man who is gay and often the comedy relief, it is a hurtful trope. The show uses his sexuality to put him in situations which ultimately end up in others laughing at him, not with him. We see Cameron as a loving character when his primary attribute is his sexuality.

Why don’t we have a stereotype for a straight man or woman? The underwhelming representation of lesbians is worse. In the rare occasion that queer women are the leads in a show, they are often stereotyped. Most of the time, queer women are there to move along the lead character in the storyline, with no layers underneath their sexuality. Is it that film and TV studios think that by including an LGBTQ character, they’ve “checked off” a box?

The Internet is quick to slander shows which use “queer-baiting,” a term used for when writers draw in the LGBTQ audience with a same-sex friendship which they lead viewers on with insinuating messages.

The most popular show which conveys same-sex relationships is “Riverdale,” a top-rated teen drama on the CW. In “Riverdale,” the two lead characters, Betty and Veronica shared a kiss in the first episode as a way to shock the other characters. It ended up backfiring; throughout the following seasons, and there are many scenes between the two of them hinting at a relationship. The writers never confirmed any relationships, but the hints would say otherwise, which ends up with fans of the show being upset because of the constant queerbaiting.

Sophomore Nafisah Fathima, who is an avid teen-drama show viewer said, “Movies that use gay people as a filler, or queer-bait shows that kill off someone at the end to tie up loose ends enforce this mindset that people on the spectrum are expendable.”

As a society, we have taken gay men as the quirky, “GBF’s” yet we can’t accept the counterpart? The GLAAD organization which focuses on LGBTQ acceptance comes out with an annual report on film and TV’s representation. Their ultimate goal is 100 percent acceptance which we are still far from. The 2018 report stated that gay men comprise a shocking 83 percent of LGBTQ characters. It is still the battle of the sexes, although queer men and women are both a minority, men still are at an advantage. Women are still treated like props. Society may have moved past the mistreatment of women, but discrimination still lingers.

Women are hypersexualized by the media’s depictions of what’s desirable can be very harmful — especially when young women are the object of desire. Media is sending messages that promote girls’ silence and emphasizes beautiful above all. From the way women are depicted in mainstream magazines, it seems like they are simply arm candy — accompanying so-and-so.

To be popular, women have to be in the company of a hot male celebrity. Of course, this isn’t true to all, but it is apparent that it happens to many up-and-coming celebrities. A woman has to be appealing to a man; everyday young women are exploited for their bodies. Jane Czyzselska, the editor of Diva Magazine, explained that young lesbian artists are told to not talk about their sexuality because it isn’t “commercial… [young lesbians] need to present [themselves] as being f–kable  by men, and [they’ll] sell more records that way.”

The hypersexualization of lesbians is off the roof: their sexual orientation making them into dirty and emotionless people. People are passing it off as girls who experiment in college and it just being a phase. They’ve got their LGBTQ audience hooked in now, and they even get the press of being modern and accepting. But how is it representation if their sexuality is what defines their entire being? When really, there is no difference between a heterosexual relationship and a homosexual one.

Until queer women get their “Call Me By Your Name” or “Love, Simon” moment, they won’t be respected or treated equally.

So what are we waiting for?