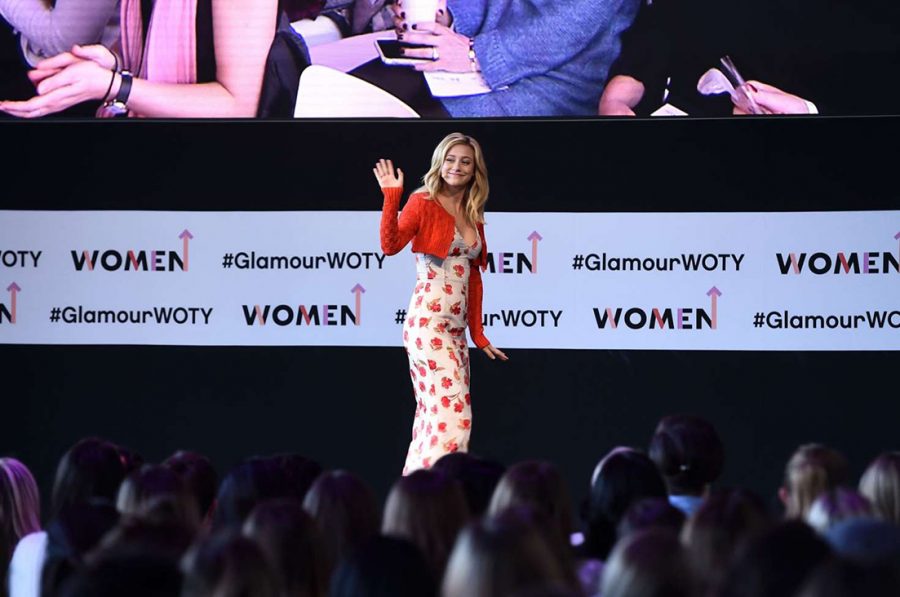 Lili Reinhart recently spoke at the Glamour 2018 Women of the Year Summit on Sunday, November 11, regarding self-love and body positivity in an industry that is extremely critical. The “Riverdale” actress talks about the unrealistic beauty standards that are set in place for women especially in the film industry and how she’s coped with the feelings that pressure brings.

Reinhart speaks with wisdom and confidence, often using her large platform to preach body positivity online to her 13.2 million Instagram followers and 2.27 million Twitter followers. She has spoken out on a multitude of topics ranging from mental health, (including her own history with depression and social anxiety), sexual harassment, acne, and photoshopped images, as well as the pressures women feel to be a certain type of beautiful in our current society.

Earlier this year, She and fellow castmate Camila Mendes publicly called out “Cosmopolitan Philippines” for photoshopping their waists to look slimmer. They are both proud and confident in their bodies and were appalled when they saw what was done to them. They saw no need for their bodies to be digitally altered. When asked about it by E! News, Reinhart said, “I’m presenting myself to the world as I am and so for someone to photoshop that is just insulting and it’s just like don’t try to put me into a box that you think I should fit in. That’s just not gonna happen.” The way these strong women address their beauty being changed to what the “perfect” woman looks like is not only inspiring but powerful.

In her speech, Reinhart says that she struggled to be in the public eye while her body was continuously changing, especially after she had already established and put out an image of herself that she felt should have to always live up to. She became overly aware of her body and how different her body would look every couple of hours after hearing younger and smaller women say they needed to lose weight.

Reinhart has the ability to unite every woman in that room with her with something they can all relate to: feeling like they have to apologize for their ever-changing bodies when they shouldn’t be apologizing at all.

Reinhart says the media trains women from young ages to think anything less than perfect means they themselves are flawed as human beings. Reinhart says, “We aren’t born with these insecurities. We are told to be insecure about certain things.”

In her own personal life, she has taken action to live a happier life. By simply unfollowing accounts that made her feel like she had to question her body to living a healthier lifestyle by actively working out, she’s found a balance between her ordinary side and her red-carpet glamorous side.

She stresses that prioritizing health above anything else is vital. As long as you are healthy and happy, there is nothing to ever feel ashamed about.

A lot of young women, and women in general, would benefit from hearing someone like Lili Reinhart, an actress who very much is in the spotlight, talk about how she may not feel confident in her own skin sometimes which is completely okay. But it’s important to know that even celebrities or people you idolize are insecure sometimes, but they find a way to own their flaws and own their insecurities and they continue to use their platforms to show themselves — the natural and the glamorous sides.

Reinhart ends her resounding speech with this thought: “You can be naturally beautiful with acne or scars, cellulite or curves. So let’s celebrate each other, and ourselves, as we are, as we will be, and as we were meant to be. Unique. Imperfect. Beautiful. And so incredibly powerful.”